Pay to pee in the South Hams 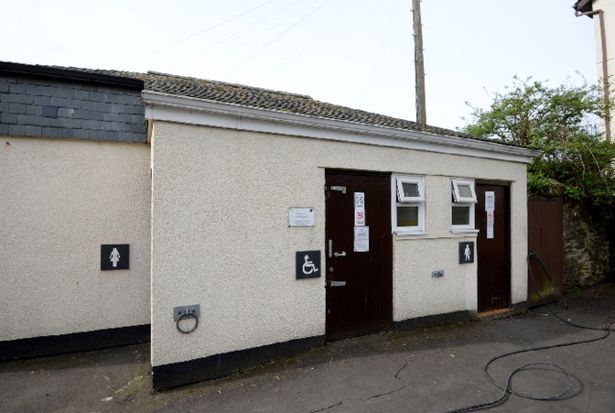 Some are closing, others you'll have to pay

Severe budget challenges for the district council mean it is no longer financially viable for them to continue paying to keep all 41 toilets in the district open.

The South Hams executive approved introducing pay-on-entry at toilets in Dittisham, Hope Cove, Ivybridge and for Coronation Road, Steamer Quay and the Civic Hall in Totnes.

Toilets in Bigbury, Torcross and Strete Gate will remain free, but car parking charges are set to rise to cover the costs.

The toilets in Fore Street in Kingsbridge will remain free, but the town council will have to make an annual payment of £4,200 in lieu of pay-on-entry facilities being installed.

It was agreed by the executive that the toilets in Holbeton, Newton Ferrers, Staverton, Bittaford and Ugborough will close in September 2019, unless proposals to transfer the asset to the town or parish councils are agreed.

Proposal by parish councils to take on the running of toilets in Malborough, South Brent, Kingswear Lower Ferry and Thurelstone have been agreed in principle.

But the toilets in Manor Gardens in Dartmouth, the Higher Ferry in Kingswear, South Milton and Stoke Fleming are currently due to close in September 2019. Cliff House Gardens in Salcombe toilets have already been closed for good.

The council will withdraw its cleaning service from the Shipley Bridge toilets, but they will remain open, while toilets at East Prawle, the Dartmouth park-and-ride, Ermington, Loddiswell, Modbury, Noss Mayo, Challaborough and Beesands will remain free to use.

The future of the toilets along the Salcombe Estuary – at Batson Creek, North Sands, South Sands and Whitestrand in Salcombe, and the Ferry Steps and Mill Bay at East Portlemouth, and Bowcombe in Kingsbridge – will not be determined until the Salcombe Harbour Board makes a final recommendation to the executive at their February meeting.

Cllr Rufus Gilbert, portfolio holder for commercial services, said that the decision to delay any decision for the Salcombe Estuary will give members and parishes a chance to find an alternative solution to the proposed pay-on-entry in Salcombe and at the Ferry Steps and requires a 75 per cent contribution and an asset transfer for Mill Bay.

The meeting heard that the council has to make a saving of £226,000 on public toilets next year and currently nearly £1m a year is spent providing and maintaining public toilets.

Cllr Gilbert had previously said the council was determined to find a way to protect toilets, despite the enormous pressures on our budget.

Cllr Nicky Hopwood said that she didn’t see the problem with pay-on-entry at public toilets. She said: “If people know they have to pay 20p to pee at a public toilet, it won’t stop them coming to the town, so thinking that it would is absolutely ridiculous.”

But a row broke out among councillors over the plans to introduce pay-on-entry in Totnes.

Cllr John Birch said: “The cost to convert the toilets in Totnes into pay-on-entry costs £52,000. For that to be recovered, we need to have these loos visited by 250,000 people.

“But also, there is widespread opposition to pay-and-entry in Totnes and it will go down like a lead balloon if this actually happens.”

And he claimed that the first time the town council were aware Steamer Quay was on the ‘hit list’ of toilets was last week when it was confirmed in an email. He said: “It has to be worth consulting with the operator of the café and the pleasure boats, and for the town council to consider other options.”

Cllr Robert Vint added: “The civic hall and coronation were discussed and the town council raised some concerns about them, but it was understood by them that Steamer Quay was to be excluded.”

But Cllr John Tucker, leader of the council, said that a scheduled meeting to discuss options had been cancelled by them and they had heard nothing from them since.

And Cllr Gilbert said that Steamer Quay was clearly on the list of toilets proposed for pay-on-entry agreed by the executive in April, and slammed the town council for not engaging and coming up with a solution.

He said: “We were happy to and have tried to negotiate, but there has been no serious dialogue that has come forward. Other councils have played their part and treated it seriously, so I have been surprised that Totnes was not in more in a hurry to solve this and I have little sympathy with them. Totnes haven’t stepped up to the plate and they have been tardy.”

Cllr Keith Wingate proposed that Totnes be given a ‘last-gasp’ chance to find a solution for Steamer Quay, but added: “It is shameful that they didn’t do anything.”

But the motion was lost after a deciding vote by Cllr Tucker after the six-strong executive were split.

Cllr Keith Baldry said the council should be ashamed of their decision. He said: “It is a disgraceful piece of work and we should be ashamed that we cannot provide public conveniences for residents and visitors and are undoing the work of our Victorian forefathers.”

And Cllr Julian Brazil that while he understood the rational of what the council was trying to do, he said: “The way forward of closing and charging is the wrong policy at the wrong time. If we want to encourage the economy, we should make the South Hams the one place in the country where public toilets are open and free to use.”

And he added that he hoped further discussion around the toilets in East Portlemouth could come up with a solution as based on the projected income from pay-on-entry, if they were closed, 15,000 people would have to urinate and defecate in and around Mill Bay.

Cllr Brazil added: “There are no shops there and if you look at it from that aspect, the idea of closure is a non-starter. The idea of putting the costs on the parish council would have meant every single one of people who live in the parish would have to pay over £100 each to keep the toilets open.

“Pay-on-entry is a drop in the ocean and we ae just using the 20p to pay off the cost of installing the equipment in the first place, so the whole thing is financially illiterate.”

The funds raised from the ‘pay-to-pee’ plan will go towards their running costs and protect them from closure.