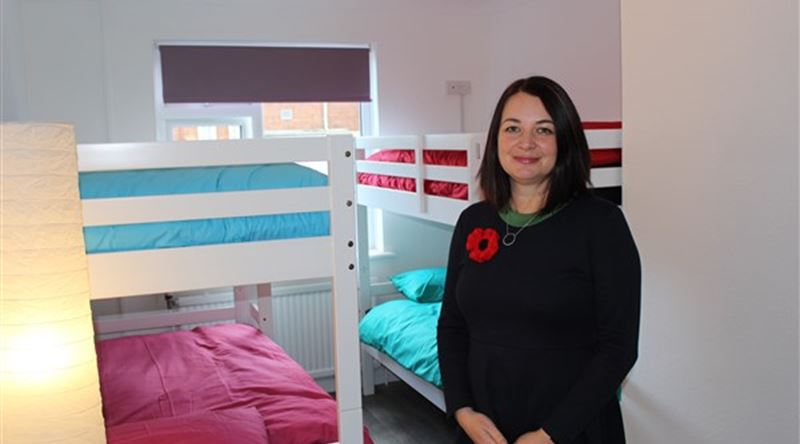 Currently The Junction in Exeter operates between October to April

Plans have been revealed that allow Exeter’s Night Shelter to open all year round and extend its remit to support rough sleepers.

Exeter City Council has submitted a planning application, which requesting a change to the opening time of the shelter, known as The Junction.

Currently, the Magdalen Street facility only has permission to open from October to April, but the new plans would allow it to be open all year round and to operate the facility as a 14 bed shelter, with some daytime activities where feasible, from April 2020 to the end of September 2020.

The night shelter remains a mixed gender facility and provides a dry warm and safe place for rough sleepers and homeless people to sleep throughout the year.

It will be staffed by a minimum of two workers during opening hours, who would be responsible for booking in and allocating bed spaces for clients.

The staff would also have responsibility for ensuring the safety of service users throughout the night as well as monitoring behaviour to ensure compliance with the accommodation rules.

Sleeping accommodation would in the main be dormitory style rooms on the first floor with either two or three sets of bunk beds per room providing a total of 18 bed spaces. A further eight beds will be located on the ground floor.

But from April to October, there will be a reduced capacity of 14, the city council have said, in recognition that for some people they would chose to rough sleep during periods where the weather is warmer.

In the event of the Severe Weather Emergency Protocol being declared, there would be additional capacity available at the shelter

Cllr Emma Morse, Lead Councillor for Supporting People, said: “No-one should have to rough sleep and the night shelter is a vital resource to the city in its response to ending homelessness.

“This as an opportunity to engage with homeless people and help them move on to more stable accommodation.  We will be employing a dedicated team to assist and support rough sleepers.

“The service will work closely with our Housing Needs Service and we will ensure that people using the shelter are properly supported through the pathway, reducing their stay in the Night Shelter and on into more suitable, stable and affordable accommodation.”

A city council spokesman added: “Throughout 2019, the Council’s outreach service worked with 165 identified rough sleepers on the streets of Exeter and a further 109 whose identity was unknown or chose not to engage.

“In 2018/19 a total of 188 people used the night shelter, with over 50 moving on to more suitable accommodation, preventing them from further spells of homelessness and rough sleeping. From October 2019 to the start of February, 100 people have accessed the night shelter.”