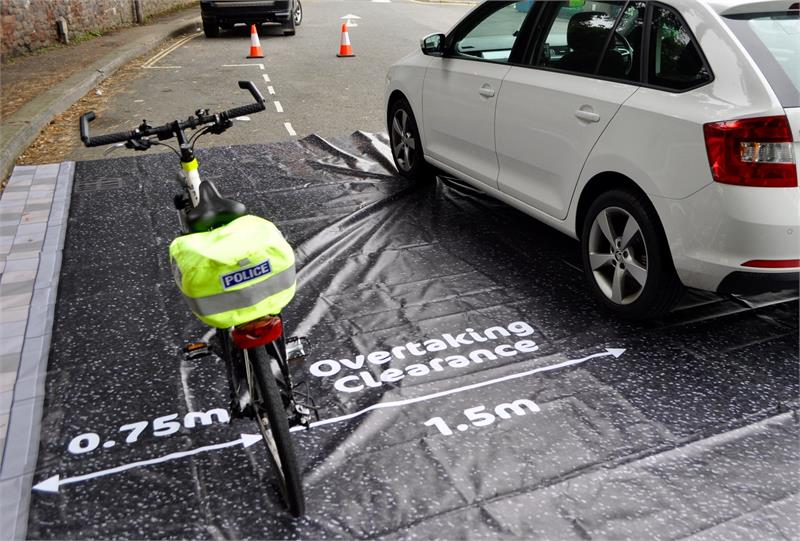 Officers have been on Topsham Road today

Close Pass aims to educate drivers on how to overtake bikers safely - but it's done undercover.

Officers wear cycling gear and cameras and hit the road. Any cars not at a safe distance will be stopped and educated.

Anyone refusing advice gets a £100 fine and three points on their licence for the offence of ‘driving a vehicle without reasonable consideration of other road users ’.

Today officers carried out once of these operations on Topsham Road in Exeter.

Road Casualty Reduction Officer PC Phil Saundercock said: “We were immensely impressed by the patience and courtesy shown by all motorists on this busy road this morning. We didn’t have to pull over any motorists during this short operation.

“Bear in mind that we had not announced the operation in advance and the camera cyclists were not identifiable as police officers, so drivers were not moderating their behaviour because of this.

“We take this as a very positive sign, albeit a snapshot of a bigger picture, of positive and courteous driving of which the morning drivers on Topsham Road in Exeter can be proud. We ask only that all road users, whether they are on four or more wheels or two wheels, adopt the same mutually courteous approach. However, there is still work to be done to spread the message of education and enforcement.”

From 2013 – 2017 eight cyclists have been killed in collisions in Devon, 180 have been seriously injured and 694 have received lesser injuries.

PC Saundercock continued: “This, along with motorists who are killed and seriously injured on our roads, is an unacceptable figure.

“Initiatives like Close Pass, working in the wider scope of the road safety and roads policing strategy which emphasises partnership working and intelligence led policing, will we sincerely hope reduce this level of casualties.”

MP for Exeter Ben Bradshaw said: “I strongly applaud this operation. As a regular cyclist, I know only too well how common it is for motorists to pass cyclists far too close. This is extremely dangerous and against the Highway Code.

“To encourage more people to cycle and walk we have to make it safer and I am delighted to see the police play their role in this.”

Keir Gallagher, Campaigns Officer at Cycling UK said: “We know that most close passes aren’t malicious, but that many drivers, especially those who don’t cycle, may not realise that a pass which feels safe to them could be intimidating or even dangerous for a cyclist. It’s fantastic to see Devon and Cornwall Police running these hugely important operations and taking action on cyclists’ safety."