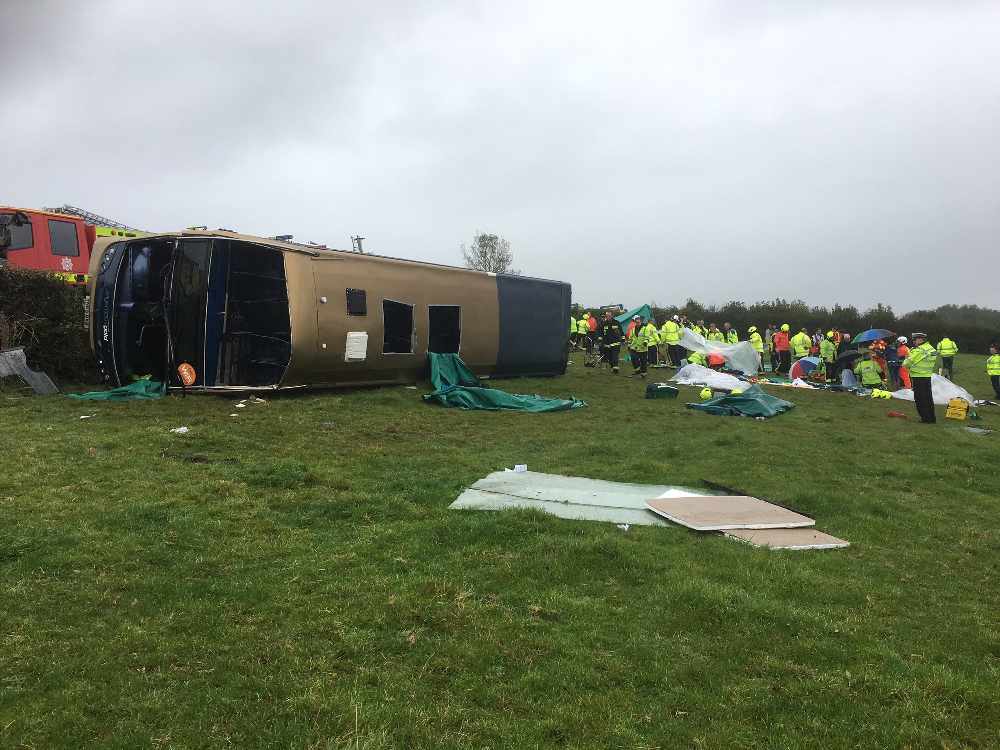 Ambulance service says 60 staff were at the scene

A Stagecoach double-decker bus overturned on the A385 between Totnes, landing in a field beside the road on Saturday morning (5th October)

A ‘major incident’ was declared and a multi-agency response assisted ambulance crews to treat and support more than 50 passengers and the driver involved in the collision.

37 of them were taken to hospitals including Torbay Hospital, Derriford Hospital in Plymouth, the Royal Devon & Exeter Hospital, Southmead Hospital in Bristol and Newton Abbot Community Hospital.

Ken Wenman, Chief Executive of South Western Ambulance Service, said: “I would like to send our best wishes to all those involved in this incident and wish all patients a speedy recovery.”

“I would also like to thank our staff, along with all of the other emergency services who responded to this incident. This was a multi-agency response and colleagues worked tremendously hard together to assess and treat a very large number of patients. I would like to pay tribute to everyone involved for their professionalism and dedication.”

More than 60 response staff from South Western Ambulance Service attended the incident, with 34 SWASFT vehicles at the scene, including:

Back at SWASFT’s base, the major incident room was set up, supported by clinical staff, clinical hub colleagues and senior management. At the same time, the ambulance service worked hard to maintain business as usual across the region.