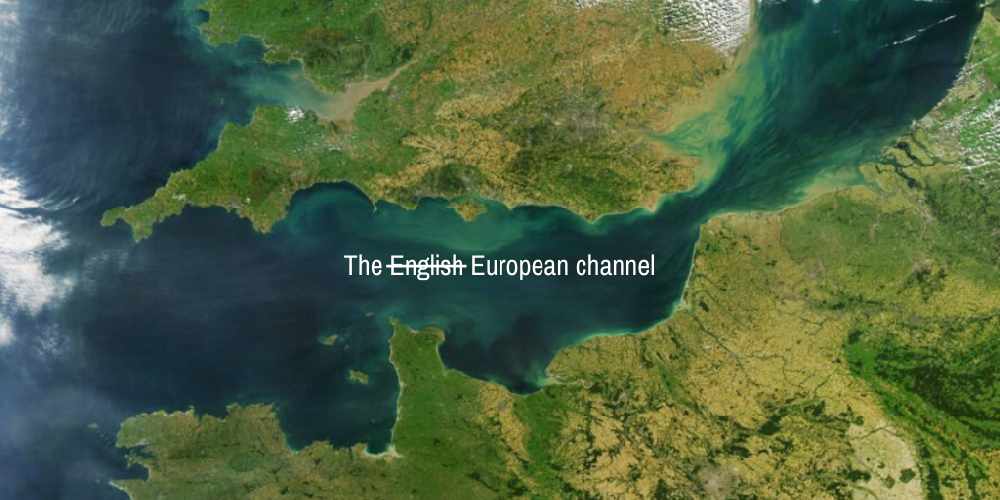 Europe has made its first major policy announcement since Brexit by renaming the English Channel, the European Channel.

Naming rights are subject to European Article 0104, which means the French get to choose how the waters will appear on maps from next year. They’ve decided on ‘European Channel’, saying it shows their commitment to Europe; although sources close to the French Republic say they'd really prefer it to be called the French Sea.

British MPs have been too distracted with coronavirus to fight them on the beaches. But unless Britain rejoins the European Union to overturn the decision, the sea off Devon will go under the controversial new nomenclature starting exactly one year today. The burghers of Brussels say that 'European Channel' is the natural choice because our seas touch their lands and that a benefit will be increased border paperwork and new jobs.

The Channel was named by the English in the eighth century BC without consultation with Brussels – and because there’s more coastline on the European side than there is on the English side, the UK is powerless to prevent the move. It's understood that the official World Atlas has already overwritten the name in all its publications and globe manufacturers are working on redesigns.

The European Channel won't be the only new name on map, atlas or globe. The North Sea will become Holland Ocean. The Irish Sea is to be called Dublin Water in the north but keeps its name where it laps up against the Irish Republic, but not Northern Ireland.

The move has caused consternation in parliament, which isn't sitting right now two metres apart. However, a compromise suggested by British appeasers would see the sea called the English Channel for 12 miles out from England, and the European Channel 12 miles out from France. The bit in the middle will be called No Man’s Land Channel, protected by German U-boats, where English and German sailors will play battleships on Christmas Day.

All new and old names will apply during a transition period but after that Brits who refer to the English Channel will be fined thirty euros.