Should Devon have just one big council? 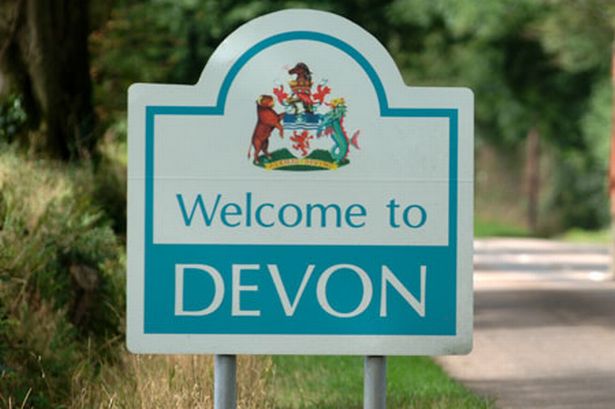 Earlier in July, it was announced by the government that five councils in Somerset are to be replaced by a single unitary authority.  If matters progress as expected, the county and four district councils will cease to exist on 1 April 2023.

A similar slimming down for Devon’s local government has been discussed for years,  often meeting with fierce debate.

Between 2007 and 2010, significant energy was put behind attempts to reorganise Devon’s two-tier structure.

The Exeter option was given the green light by the Labour government only to be scrapped when the Conservative-Lib Dem coalition came to power.

But the issue is still bubbling away. Speaking this week, several Devon’s MPs declined to dismiss the idea outright, citing the potential efficiencies and cost-savings of streamlined local government services.

Simon Jupp, Conservative MP for East Devon, said; “I believe we need a conversation as a county about the future of local government and value for money for the taxpayer.

“I don’t think a single council covering the whole county would be advised by government due to the significant size of our population.

“However, our neighbouring counties have all now decided to reduce the number of councils to help neighbouring communities work stronger together, build better services and squeeze every taxpayers’ penny.”

Kevin Foster, Conservative MP for Torbay, said: “Over the next two years it is right councils across Devon focus on the recovery from the coronavirus, rather than their own structures, yet in the longer term a discussion about a unitary system of local government for Devon is inevitable as the two-tier structure disappears across England, having already been abolished in Wales and Scotland.

“Unitary structures work well across the south west and few in Cornwall would now argue for a return to the previous two-tier structure abolished in 2009.

“Torbay should be a pro-active part of any discussion about how a unitary system would work across Devon and the potential boundaries of new councils created to cover the current two-tier area, for example, Torbay becoming part of a wider South Devon Unitary.

“A core part of any move to unitary status would also be deciding how communities across Devon could still shape and influence items which related to their own community.”

Meanwhile, Selaine Saxby, Conservative MP for North Devon said: “Devon is a very big county so would one unitary work here? I think there are benefits of having local councils.

“But similarly I do think there are benefits from a unitary and I think talking and working in the pandemic with different authorities and knowing what’s gone on in Cornwall I think there are some advantages of having a bigger authority managing everything in one place.

“To bring planning and infrastructure and schools all into one body so they’re not separated I can see some advantages to this.

“So I think it’s something we should probably look to in case there are advantages that we can benefit from moving forward.”

Councillor Philip Bialyk (Labour), leader of Exeter City Council said that, having spoken to council leaders across the county, that a unitary authority “is not the direction we would want to go.”

“However, we do feel there are a number of areas we can work together in the interests of Devon and we will hopefully be bringing a county proposal to government for a county deal which clearly will be lead by the county with all the district councils participating.”

“We think this is the best way to have a collective forum in which we can do the best things for Devon.”

Cllr Bialyk said discussions for this proposal were in an early stage at the moment  and included Devon County Council and other district councils and said that he hopes it would “bring forward a good deal for Devon.”

Asked what areas he would like to see these councils collaborate on he said that was all part of the discussion, adding: “We are diverse county. Rural meets urban. We’ve got to make sure we get the right mix.

“We’ve got to try to make sure that we get an attractive proposition to government which reflects the needs of our residents.

“We want to work together with the county council and we feel we can get a good deal which represents everybody.”

Explaining his thoughts of a unitary authority for Exeter, like that which almost came to pass early in the 2010s, he said: “That’s not on the agenda.

“I’m not giving that any thought because that’s not a possibility. We are a strong sovereign district council, we want to remain as that.”

Speaking to the Local Democracy Reporting Service in July last year about the potential to unify Devon councils, leader of Devon County Council John Hart (Conservative) said: “I have no wish to open up a guerrilla war and start something and get us into a position that might not be resolved in the short term and argue with the districts for years on end and ruin the current good relationship.”

Councillor Rob Hannaford, leader of the Labour group, added: “There is clearly no appetite in Devon for another costly and disruptive reorganisation of our local government.

“To blow everything up now would be an act of political vandalism to our local communities, and a terrible barrier to making the progress that we need to make across the whole county.”

In his ‘Levelling Up’ speech on 15 July, the prime minister set out a new County Deals system that would look to devolve more power to local communities. More details will be announced in the Levelling Up white paper, due later this year.

Commenting on the potential for unitarisation in Devon, a spokesperson for the Ministry of Housing, Communities and Local Government (MHCLG) said:

“We’re open to discussion with councils about unitarisation where there is a good deal of local support.

“We are clear that any reform of an area’s local government is most effectively achieved through locally-led proposals put forward by those who best know the area, the very essence of localism to which the Government remains committed.”

The MHCLG said it was conscious that councils are more focused on service delivery than any structural changes in the wake of the pandemic.

They said they want to see the Levelling Up White Paper before developing proposals for local government reform or county deals, as they did not wish to see councils spending money on developing new proposals at this time.

The department said that there will be no requirement to unitarise for the forthcoming county deals.