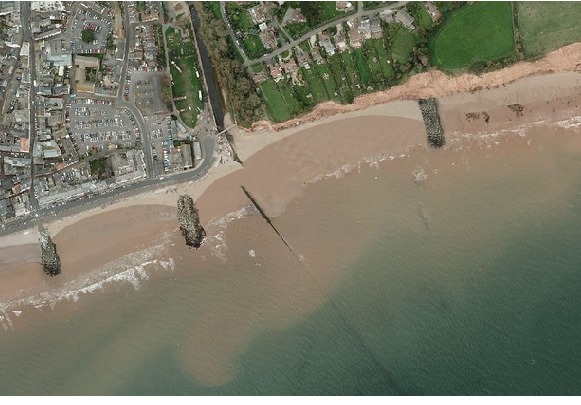 No plans are in place for emergency action following three cliff falls in the space of 24 hours in Sidmouth.

Two cliff falls took place on Wednesday, one at East Beach and one at Jacobs Ladder, with a third on East Beach on Tuesday. Each saw cliffs crumble into the water creating huge clouds of dust.

The trio of landslides add to the growing number of cliff falls to hit Sidmouth this year, and while the funding for the long-awaited beach management plan has finally been found, completed work is at least two years away. Moreover, these plans would not stop cliff falls, although they will reduce erosion from the foot of the cliffs.

Calls have been made for East Devon District Council to carry out emergency work to shore up the cliffs at Pennington Point, but a spokesman says emergency action to protect the cliffs isn't set to be made. They say this week's cliff falls are outside council-owned land and are not included in the area covered by the beach management plan.

The spokesman said: “In both locations the risk of cliff falls is well signed on any access to the beach, so members of the public should adhere to warnings to stay well clear of the cliffs. East Beach has also had its access restricted as much as practicable to try to discourage any public access.

“Cliff falls are a natural and unpredictable occurrence along the East Devon coast. This is because the rock from which the cliffs are formed is soft and therefore prone to rock falls and landslides, which can happen at any time, although periods of heavy rainfall such as the wettest February on record and now a long dry period, can cause an increase rate of falls.

"Many of the recent cliff falls are beyond the area the beach management plan will protect, occurring further east on National Trust land.”

The £8.7 million scheme will add a new groyne on East Beach, new shingle onto Sidmouth beach and East Beach, and raise the existing splash wall along the rear of the promenade by around 1 metre. A trial earlier this year to test the effectiveness of a glass sea wall was cut short after vandals smashed it with a sledgehammer. It will protect 120 residential properties from coastal flooding, as well as a further five properties from erosion, by slowing the erosion rate of the East Beach cliff.  Planning permission is still needed.