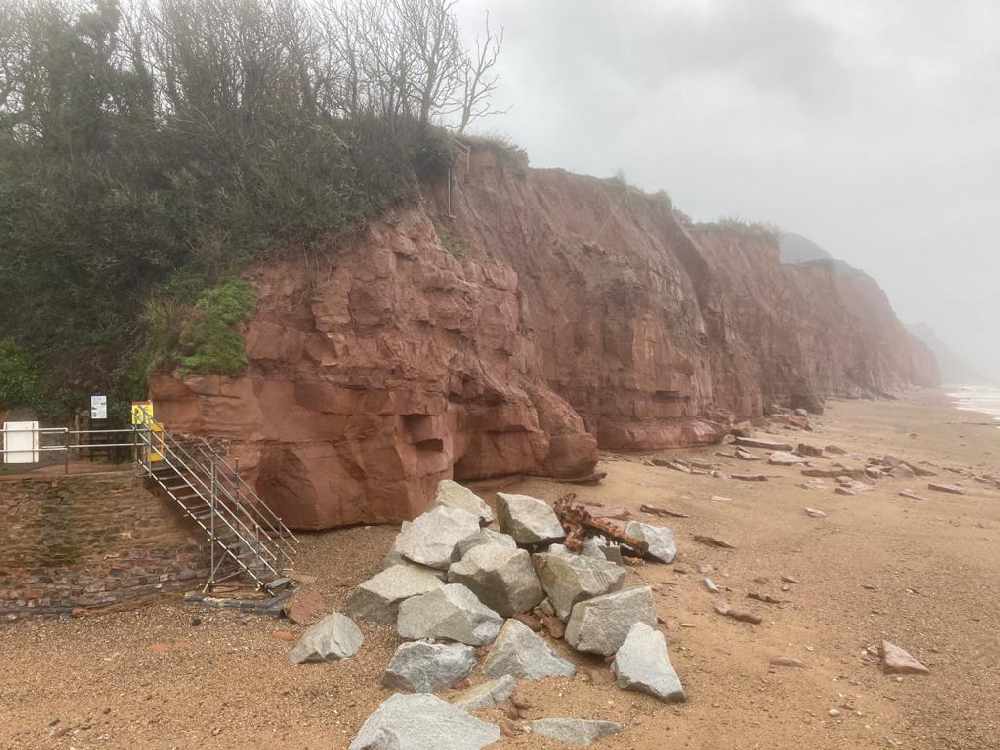 Work on plans to protect Sidmouth’s crumbling cliffs will be paused for ‘bigger and better’ sea defences to be explored.

East Devon District Council’s cabinet has voted to place on hold the existing £9 million scheme for the town given that other previously dismissed options may now be affordable.

Temporary planning permission and installation of rock armour at East Beach will be sought in the meantime by the council as the decision to consider alternative options is likely to lead to a delay of potentially up to two years in implementing a final scheme.

Councillors agreed that pausing the scheme would enable them to see if a better one can be delivered. The current option involves beach replenishment, periodic beach recycling, a new rock groyne on East Beach and modifications to the River Sid training wall. It would also include raising the height of the splash wall along the seafront slightly, and then topping it up with temporary storm barriers or strong glass panels when needed. But now that extra funding for the scheme is available, alternative schemes that had been ruled out due to the cost could be made on the table.

In 2017, Sidmouth town councillors had backed a scheme with four additional semi-obscured offshore ‘reefs’ that decrease in size towards the East Beach, but as it cost up to £20 million – the most expensive of all the options – it wasn’t taken forward.

Other options rejected included modifying the rock groynes at Bedford Steps, York Steps and East Pier Rock into ‘T’ shapes, a slope of large boulders will be placed next to the seawall, and the removal of the current rock groynes on the beach with more breakwaters similar to those already in place constructed on the main beach and East Beach.

Tom Buxton-Smith, EDDC engineer, told the cabinet that while the scheme they arrived at was a good one, it was limited by what they could afford, but that now there is a higher funding eligibility than previously thought, schemes that were ruled out due to the cost may now be delivered.

He said: “There is a desire to see if a better scheme can be delivered than the one proposed, but to do so, it will need us to pause the project to see if they are technically viable.”

Outlining the option, he said that it gives an opportunity to technically investigate options dismissed previously when they were ultimately unaffordable, it may result in a more sustainable option for Sidmouth with less ongoing maintenance costs to the council, and it may result in a better visual solution for East Beach and the World Heritage Coast.

But he said that stopping to look at other options will cause a minimum six month delay. Should another option be technically feasible, fully fundable and chosen to proceed, it will likely be another four years before construction can begin – a two year delay.

If a new option is chosen, unless a temporary solution can be found, Pennington Point and East Beach will be subject to another four years of erosion , leading to further garden loss, and opening up of the River Sid to coastal storms, adding that other options may prove to still be unaffordable, or not as effective as the preferred option. 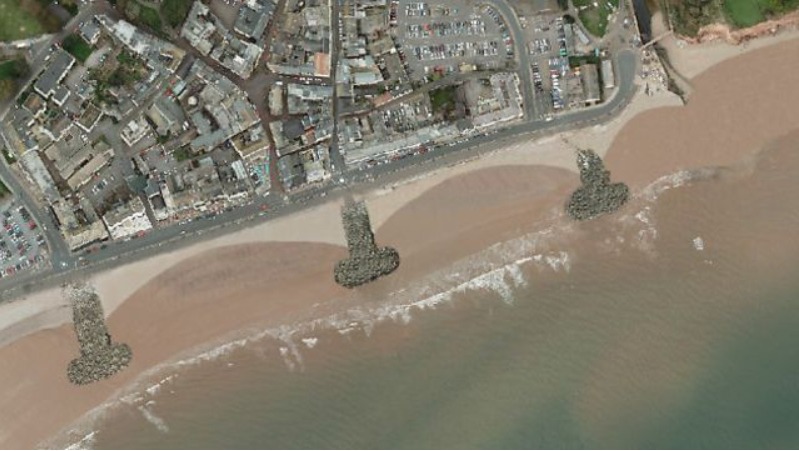 Mr Buxton-Smith added that if the cabinet voted to pause the scheme for six months to investigate the alternatives, they should investigate temporary works at Pennington Point and East Beach, such as a temporary rock revetment at rock armour at the base of the cliffs.

He said: “In the short term, it will slow down erosion rates, meaning the cliff edge will be kept away from residents’ houses for longer, the mouth of the River Sid remains better protected from South Easterly storms, meaning a reduction in flood risk to Sidmouth Town, and removes pressure to deliver the BMP quickly, which will allow time to further assess other options and allow further post pandemic public consultation.”

But he added: “It is possible that temporary planning permission will not be granted, the rock armour will be unsightly, and will be the first thing residents/visitors see of the World Heritage site when looking east from the Esplanade, and placing rock armour in front of the cliffs could be argued to be desecrating a pristine site with many important designations, albeit temporarily.”

Cllr Denise Bickey, who represents the Sidmouth Town ward, said: “If we were desperate to plough ahead, it like being on the M5 when want to be on the M4, and it’s pointless to keep ploughing ahead with the wrong plan, so we can go back to the drawing board and find good ways to change it so everyone in the town can be as happy as can be. Pausing it and a temporary solution and to really get it right is so important.”

Cllr Geoff Jung, East Devon’s portfolio holder for the coast, country and environment, added: “If we do this, then it is imperative that we a approve the investigation of temporary planning permission and installation of rock armour at East Beach to protect the gardens and the cliffs, as if we delay the scheme, we need to see if we can get some temporary rock revetment on the beach as early as possible.” 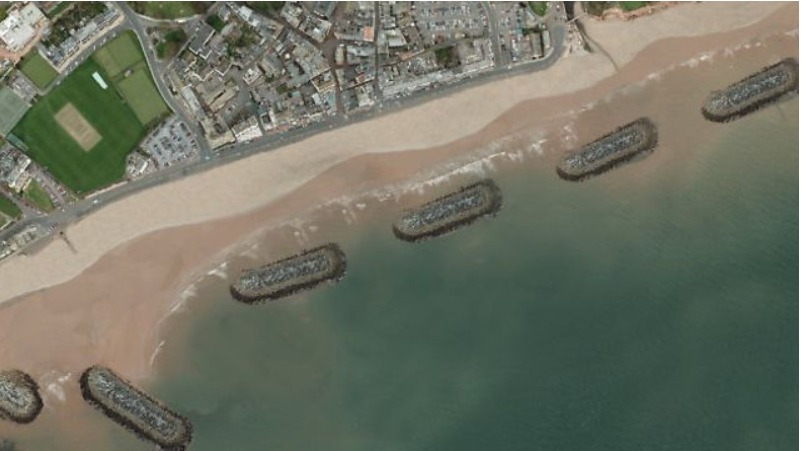 Cllr John Loudoun, who represents the Sidmouth Rural ward, added: “The residents of Cliff Road whose parts of their gardens are falling daily into the sea have a great deal at stake in this.

“We need to think of the residents above East Beach as if we do this, it brings added angst and anxiety to them as they thought they knew what was going to happen and when, now they are less certain. So to give the support and encouragement, we need to go with the temporary permission, and I hope we can deliver all of this is good time for those residents and the rest of the town.”

The cabinet voted by eight votes to none, with two abstentions, in favour of pausing the project for six months to look at viability of other previously dismissed options, and to approve the investigation of temporary planning permission and installation of rock armour at East Beach.