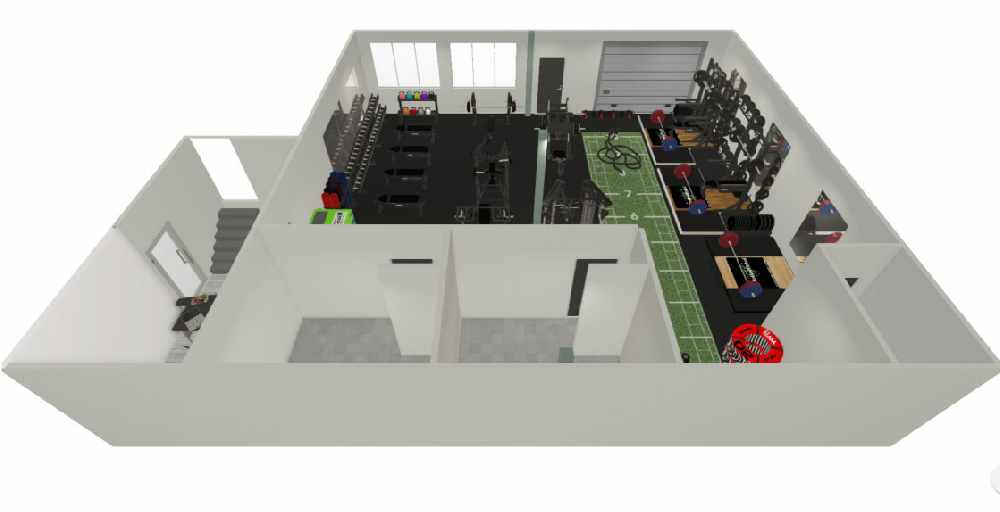 Artist impression of what the new Boxing Gym in Teignmouth could look like. (Image Primal Strength Design - taken from the planning application)

The applicants, PB Suite Ltd, have already signed Heads of Terms on the lease for the unit, and they hope to offer youngsters use of the facilities for free.

Documents submitted with the application had said: “A programme targeted at young people will help them explore the strength and combat sports sector in a safe environment, and we would seek match funding to cover membership costs, allowing young people from Teignmouth to use the facilities for free.

“Consultation with local community groups, including Teignmouth traders associated and the PCSO team, has identified a group of young people to support and the community development offer has been well received and is expected to contribute to the reduction of anti-social behaviour in the town.”

Councillors threw their full support behind the plans at this morning’s planning meeting (Tuesday 22nd February).

Cllr David Cox said: “I strongly support the application. The community benefit is huge and links in with work the PCSOs are doing. Boxing has made a dramatic reduction in anti-social behaviour on the Kingsway estate, and the facility will benefit the wider community. We are quite excited by this. I think it is a win-win, so what is not to like.”

Cllr Jacqui Orme said: “I fully support this. We have a very well-known issue with young people running amok in Teignmouth so this will fill a gap here.”

Cllr Phil Bullivant, who is the portfolio holder for recreation and leisure, said he welcomed any facility that are introduced to provide facilities for young people to take advantage of. He added: “The success of the fight club in Newton Abbot started by Cllr Reg Winsor and the huge increase in attendance shows there is a need and we are crying out for this sort of facility.”

Speaking to the committee, Nina Jeffries, from PB Suite Ltd, said that as well as being a boxing gym with specialist equipment, they would also offer remedial therapy alongside a community program. She added that 10 jobs had already been created, which would eventually rise to 20, and there would be investment made in the community program.

The change of use application was unanimously approved.