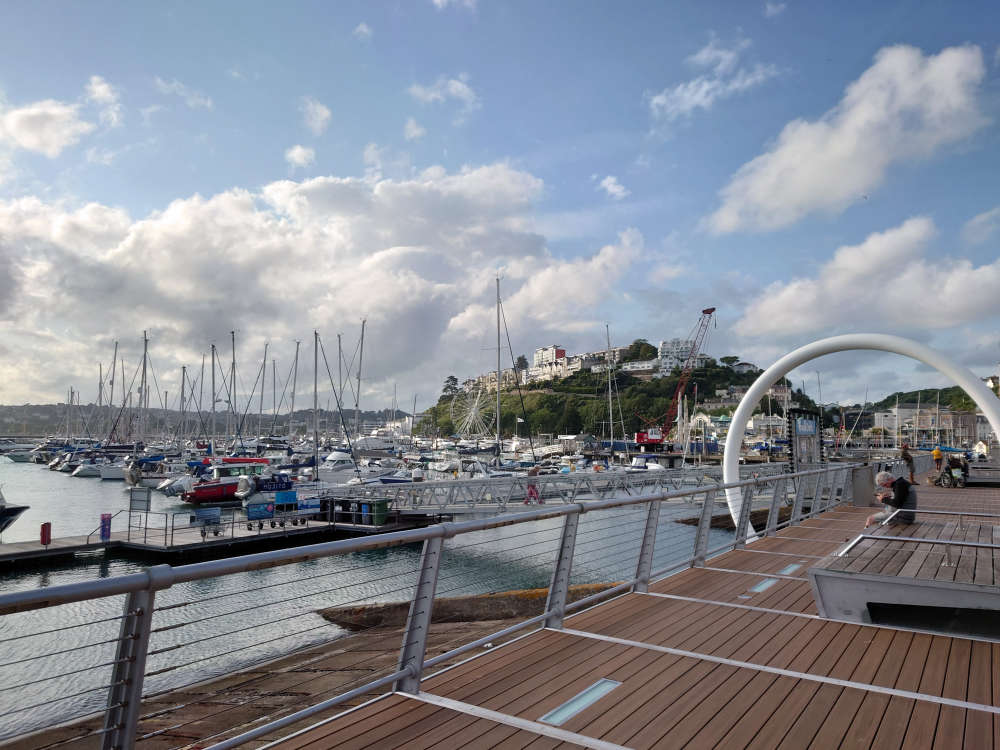 Torbay Council is to borrow £1.2 million for “urgent and essential” pontoon replacement and repair works at Torquay Town Dock, a facility that cost less than that to build in 2007.

The steelworks that make up part of the floating pontoons at the Town Dock, also known as the ‘people’s pontoon’, are starting to lose structural integrity. Two sections had to be replaced recently after becoming unsafe. Some floats supporting the pontoons are also starting to fail.  They currently rely on emergency maintenance to keep them safe and useable.

Without the works, the council is concerned it would have to close sections of the dock, which would reduce the annual revenue of more than £300,000 it brings in to council coffers.

There are environmental concerns too. The floating pontoons are made from polystyrene which has started to fall apart, leading to plastic beads polluting the sea. It is hoped that all the pontoons will be replaced.

Councillor Cordelia Law (Liberal Democrat, Tormohun) told the council’s ruling cabinet last week: “We can’t not do it. If we don’t do it we will lose income, we’ll be knowingly polluting our environment and our marine conservation zone. That’s unacceptable.”

The first phase is scheduled to commence this winter and be completed in the winter of 2023/2024. The council plans to keep the docks open during the restoration process.

Arguing in favour of the repairs at a full council meeting this week, Councillor Nicole Amil (Independent Group, Cockington with Chelston), chair of the harbour committee, said there was an urgent need to replace all the pontoon sections, berthing fingers and utility service pillars over the next three winters.

“I think the investment is great news for Torquay Town Dock,” Cllr Amil said.  “It’s a popular and busy dock for locals and visitors alike and we think that making these essential improvements to safety it will continue to be an attractive and thriving pontoon for years to come.”

The docks’ wave screen and access bridge will also be fully refurbished, with a temporary bridge being installed at the ferry pontoon so access is maintained.

Amongst its users are the Disabled Sailing Association, Torbay British Sub Aqua Club, The Royal Torbay Yacht Club as well as the local Sea Scouts and Rowing Club.

The decision to borrow £1.2 million for repairs has now been unanimously  approval by Torbay’s full council.

Although in favour, Councillor Nick Bye (Conservative, Wellswood) argued that in future some of the money made by the Torquay Town Harbour should be put back into the harbour reserve, a kitty to covers repairs on the council-owned harbour estate.