Torquay's Debenhams store will be demolished 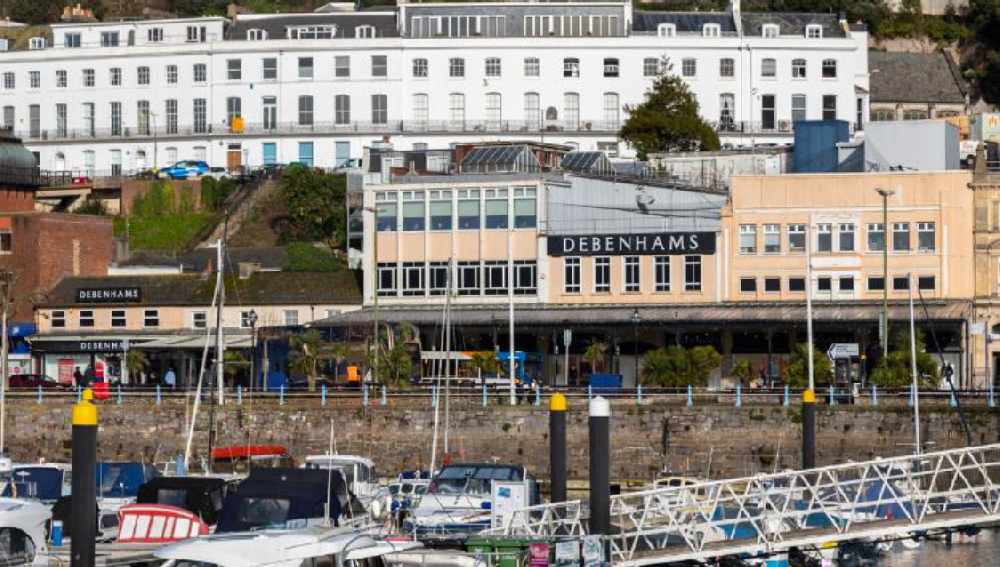 Plans are being drawn up to demolish the Debenhams store in Torquay.

Torbay Council wants to regenerate the site with a mixed development of flats and commercial use including restaurants at street level.

The council bought the building and a smaller property in The Strand in spring last year to prevent the key site from falling out of use if the store closed.

Debenhams shut its stores during lockdown after the struggling business went into administration.

It was announced they would close for good after an online retailer bought the brand in January, and the council is expected to take control of the building by April.

The project would tie in with improvements to the public space around the harbourside, which is expected to see wider pavements, better seating and lighting.

That work is being planned as one of the regeneration projects in the £22million Town Deal package allocated to Torquay after a successful bid for Government funds.

It would also add to improvements in the area which have seen a £32million Hampton by Hilton hotel, office and retail development in nearby Torwood Street, and work underway on a new Premier Inn hotel on the Terrace car park overlooking the harbour.

Talks have been held with other owners of other properties on the Strand, including the empty Boots store, to explore the possibility of a bigger regeneration project.

But that has been shelved because the agreement has not been reached on values, and there are concerns that the time it would take to bring forward a wider scheme would delay progress at the empty Debenhams.

Details have emerged in a report to the council’s cabinet, which says pre-application inquiries with the planning department have shown a redevelopment scheme would be supported.

Councillors are now being asked to support a regeneration scheme on the site of the main Debenhams building, which would be done in a way to allow further redevelopment in the future.

The cabinet is being recommended to approve the work needed to prepare a planning application, paid for by surplus income from the Fleet Walk shopping centre which has been put into a regeneration reserve fund.

The report to the meeting on Tuesday, March 23, said: “The replacement of the existing soon to be empty building with a mixed-use development will benefit economic and housing growth. Good quality homes will be delivered above ground floor levels.

“Employment opportunities will be provided through the provision of new food retail and commercial floor space at ground floor level once the development is completed.

“Employment opportunities will also exist through the delivery of design and construction. Such development will rejuvenate this part of Torquay and compliment the town deal projects.”