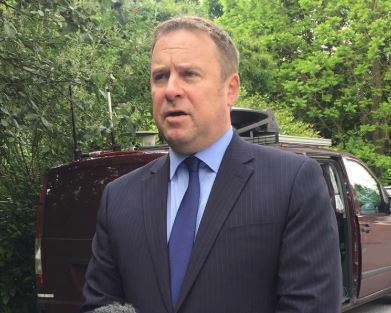 Police are investigating the link between the two incidents

Police say they are investigating links between a suspected suicide near Shaldon and the death of a 73-year-old man in Kingsteignton.

They were called at 9.20pm on Sunday 9 June following reports that a man had received multiple stab wounds at a property on Chockland Road, Kingsteignton.

The victim was taken to Torbay hospital where he later died. His next of kin have been informed and are being supported by specialist liaison officers.

“Late this morning we were also made aware of a body of a man found deceased within a car near Labrador Bay, Shaldon. This death is not currently being treated as suspicious and we are responding to the incident as a suspected suicide.  The police are currently investigating the link between this and the incident in Chockland Road, Kingsteignton

“At this time we are appealing for witnesses and we would like to hear from anyone who was in the vicinity of Chockland Road between midday Sunday 9thJune and midnight.

“We are also keen to hear from anyone who was in the vicinity of Labrador Bay in Shaldon and saw a Blue Skoda Fabia between midday Sunday 9 June and 11am today, Monday 10 June; anyone with any details that could assist police with their investigation is asked to call 101 or email 101@dc.police.uk quoting log number 836 9 June.”

Superintendent for South Devon, Jeremy Capey added: “Understandably, this incident will cause much concern and upset amongst our local community. Our thoughts go out to the victim’s family during this time and we will continue to support them, providing as much assistance as we can.

“A number of police officers and specialist resources will remain visible at the scene and around the wider Kingsteignton area as officers continue to investigate this heinous crime.”