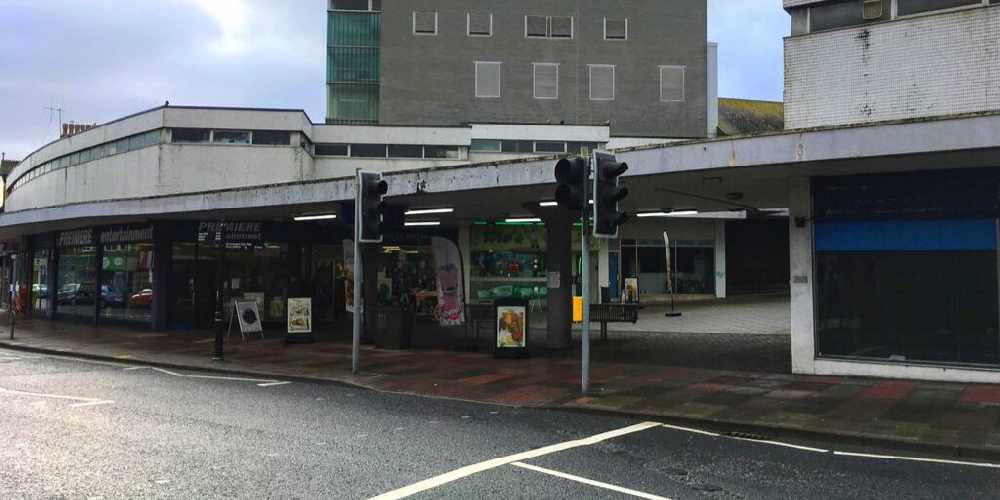 Councillors want to redevelopment the complex

A Devon council is pressing ahead with plans to take over and redevelop an eyesore shopping centre.

Torbay Council has started work on the compulsory purchase of the Crossways centre at Paignton.

Meanwhile it has held a meeting with the owner to suggest a way to avoid the legal process which can take around a year.

The latest developments were reported by Liberal Democrat Cabinet member Swithin Long at a meeting of Torbay Council.

The near-empty shopping centre has been seen as an eyesore which is damaging the reputation of the town centre.

Councillors voted to start the compulsory purchase process in September 2019.

They want to bring forward the redevelopment of the concrete complex at an estimated cost of £22.5m with shops on the ground floor and “extra-care” affordable housing on the upper levels.

The shopping centre has a walkway which links Torquay Road and Hyde Road, but most of the shops are now empty.

The site has been zoned for redevelopment in local planning policies in recent years but the owner Gaelic Investments has so far kept the property.

The legal process to take over the property is expected to take up to 18 months to complete, so the council is hoping to strike a voluntary deal with the owner.

Cllr Long said reaching an agreement with the landlord would speed up the redevelopment.

He told councillors that solicitors had been appointed to start work on the compulsory purchase and architects and engineers would be asked to design the new development and prepare a planning application.

Councils have the power to force owners to give up land for redevelopment to improve an area.

The order has to be confirmed by the Secretary of State and the owner is entitled to compensation based on market value.

The council decision in September included approval for borrowing up to £11m to deliver the project.

Torbay’s Conservative MP Kevin Foster said: “Whilst it would be great to see quick progress on this it is likely to be some time before work will start on site.

“Yet it is encouraging to see progress at last happening and the cross-party drive to finally rid Paignton town centre of its worst eyesore.”

On Air Now Through The Evening Playing Human Killers
On Air