£6 million improvements for A380 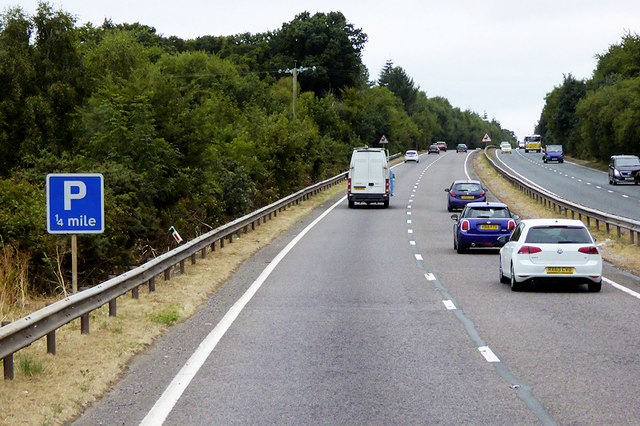 Expect delays on the A380 (courtesy: David Dixon/Creative Commons)

After six weeks of traffic hell last autumn, drivers on the A380 are about to have six months more - but it is in the name of improvements.

The Department for Transport (DfT) has given Devon County Council £5 million to tart up the road, between the Teign Viaduct and Ashcombe Cross. The council's coming up with a further £1 million of local money. They're going to resurface, replace safety barriers, maintain drainage systems, cut back overgrown vegetation and replace signs where necessary.

Work has already started on repairs to the safety barriers between the Teign Viaduct and north of Ware Barton Roundabout. Lane closures and a temporary 40mph speed limit are in place while this work is carried out on this section until the end of October.

Resurfacing work at Ware Barton roundabout will follow after the barrier works. This will include night-time closures of the roundabout and slip roads up to the middle of November.

Councillor Stuart Hughes, Devon County Council's cabinet member for highway management, said: “The A380 is one of the busiest roads on our network so it needs to be in tip-top condition to stand up to everyday wear and tear from traffic. We’ve been carrying out surface improvements and safety barrier upgrades on parts of the A380 over the past couple of years, but this additional government funding will enable us to do much more, particularly on the sections that need the most attention. The intention is to bring the route up to 21st century standards so that it is fit for purpose. Although it may cause some short-term disruption it will help minimise future maintenance.”

The main resurfacing work as part of the programme is due to take place as follows:

Eagle Farm to Gappah Lane northbound and Gappah Lane to Ashcombe Cross northbound. Work has yet to be programmed but is likely to be scheduled for around February 2021.

Ashcombe Cross to Ideford Dip southbound. Yet to be programmed but likely to be around March 2021.

Resurfacing will be carried out at night during overnight road closures. Lane closures will be needed for barrier replacement work. More details will be provided when work for each section has been scheduled.

For more information go to https://www.devon.gov.uk/roadsandtransport/traffic-information/roadworks/a380-resurfacing-scheme/