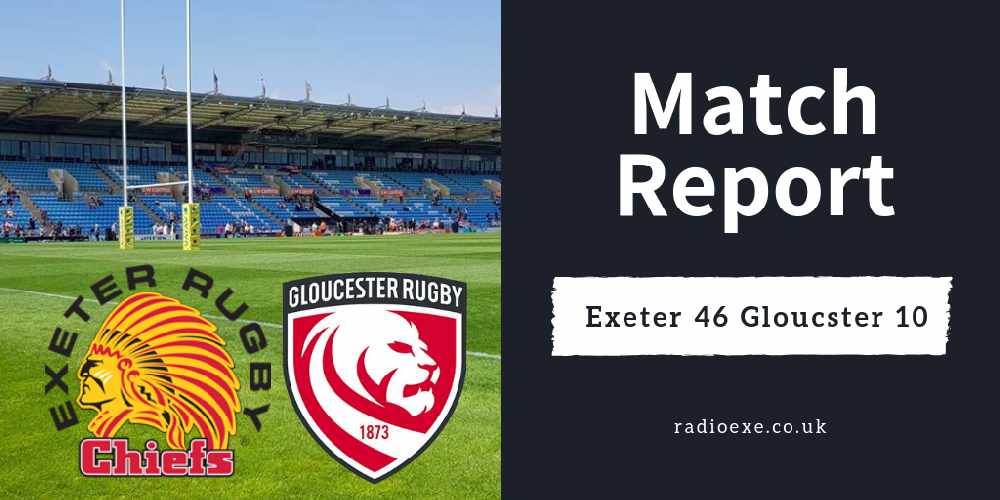 With second place Saracens winning emphatically against Northampton yesterday 13-64, the gap between them and first place Exeter was cut to three points. However, the win for the Chiefs this afternoon, their 14thin the Premiership this season, extends their lead to eight points.

The Chiefs made 13 changes to the side which beat west country rivals Bath in the Anglo-Welsh Cup final last weekend.

Joe Simmonds, who retains his place from the final, gets the nod ahead of Gareth Steenson at fly-half whilst England winger Jack Nowell returns to the bench after missing six weeks with an ankle injury.

Nowell entered the field earlier than he would have liked, the winger was needed to replace an injured Chiefs player after just 10 minutes. The Sandy Park crowd cheered him on as if their side just scored a try. Then they did – twice.

Alec Hepburn powered his was over the line and so did Sam Simmonds who added to his try scoring tally following a trade mark driving maul. His younger brother Joe Simmonds hit the post with the conversion attempt – but was successful with a late penalty kick just moments after.

The confidence was thriving in Exeter’s team, after more mounted pressure on Gloucester’s 5 meter line, Olly Woodburn used his strength superbly to score a third. Simmonds with the extras to give the hosts a comfortable half time lead: 22-3.

With the second half underway, Gloucester suddenly launched their first attack of the encounter and scored their first try. Chiefs couldn’t have responded any better.

Simmonds kicked another penalty before Jack Nowell, who has been side-lined for over 6 months with a knee injury, marked his comeback with two fantastic tries.

The tries kept coming. Club legend Gareth Steenson got himself on the scoreboard after coming off the bench with an individual converted try.

Man of the match: Alec Hepburn