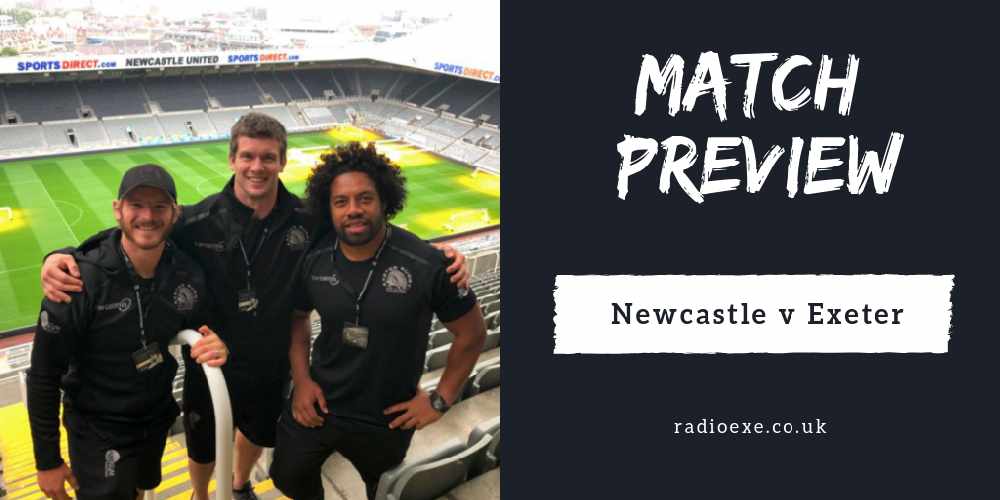 Exeter are seeking their fourth successive Premiership victory this evening

The two clubs played each other four times last season, the Chiefs winning three of those including the Premiership semi-final.

Newcastle will be looking to bounce back after suffering a heavy defeat against Leicester last week. The Falcons currently sit 8th in the Gallagher Premiership, 10 points behind leaders Exeter - who are joint on points with 2017 Premiership champions Saracens.

Rob Baxter, director of rugby at Exeter Chiefs, says it's important his side continue their strong momentum going forward. Speaking to the clubs website, he said: "We're very much aware Newcastle were a top four side last season, so it's going to be a stiff challenge for us. But that kind of what you should expect from a Premiership game. They should be stiff challenges.

"That said, we've prepared well this week, we've got a group going up there, so it will ultimately come down to who wants it most and who is prepare to commit the most energy to the game. Hopefully, that will be us, but Newcastle will be thinking the same, so we have to be ready from the outset."

Exeter have made tweaks to their line-up to the side that beat Sale last week. Both Kvesic and Simmonds return, Ian Whitten gets the nod over Ollie Devoto in the centre, while summer signing Alex Cuthbert gets his first start on the wing with Jack Nowell not risked on the 4G surface.

Dave Ewers and the fit-again Sam Hill feature on a strong bench.