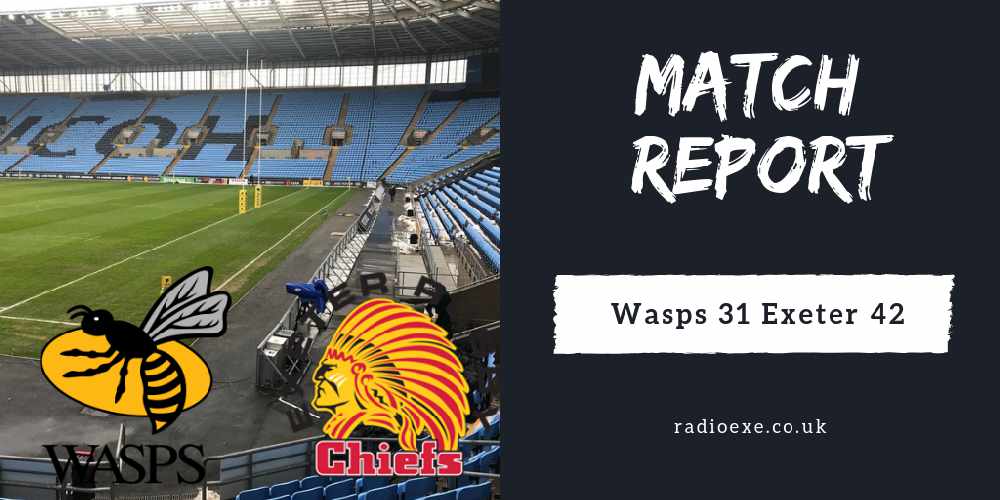 It finished 31-42 between Wasps and Exeter Chiefs

Six tries. Six conversions. Another bonus point win for the Exeter Chiefs in a thriller against Wasps.

Is it too early to start planning a trip to Twickenham? With the way Exeter are playing, some might say no. After convincingly beating Leicester on the opening day of the season, the Chiefs travelled to Wasps on Saturday pumped full of confidence for their second Premiership game of the season. And what a game it was too.

However, the second 40 minutes for the Chiefs was domination, superiority and featured a glimpse of individual excellence from England International and Exeter’s Centre Henry Slade. Moments after Simmonds scored his second try – Exeter’s bonus point, Slade intercepted a Wasps pass to sprint 70 meters for Exeter’s fifth.

With just four points separating the two sides with 10 minutes to play, Don Armand put the travelling tribe at ease powering his way over the line to score Exeter’s sixth. It finished 31-42.

Exeter director of rugby Ali Hepher said "Since coming back from England's tour, Henry Slade has had a great attitude and looked busy. We held him back a bit by putting him on the bench last week but he kicked on from that with an excellent performance today. We have a bit of a luxury in that area as we still have Sam Hill to come back into contention.

"We set ourselves a target of five points, which we haven't achieved on our last few visits here but our driving line-out really functioned and we ground it out to get the result we wanted."

Up next, the Chiefs welcome Sale to Sandy Park. Saturday at 3.