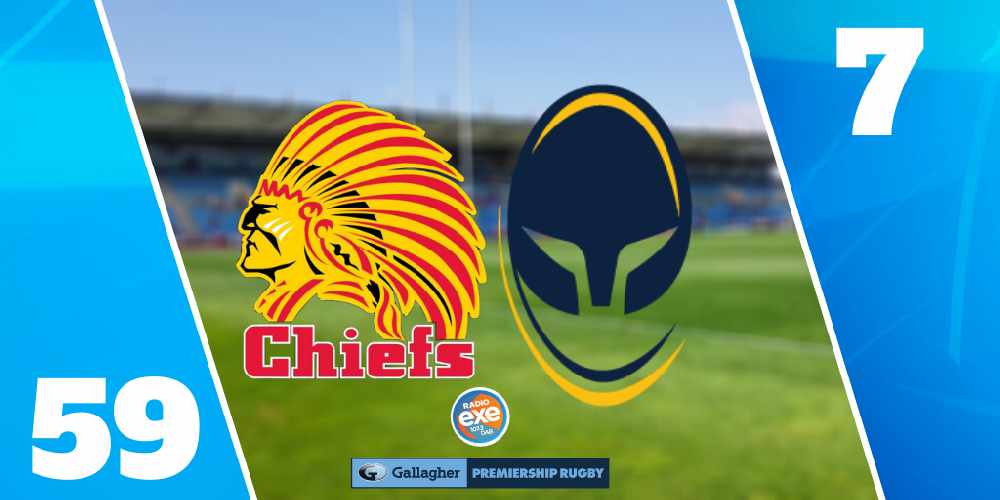 Exeter Chiefs continue their 100% winning record since the Premiership restart after thumping Worcester 59-7 behind closed doors at Sandy Park.

The win, Exeter’s fifth in a row post lockdown, puts them 14 points clear at the summit of the Gallagher Premiership table – and it doesn’t look like anyone’s going to catch them.

Most fans expected the inform league leaders, who named eleven international stars in their starting line-up, to run riot against a weakened Worcester side. It was just a case of how many tries they would score - they bagged six in the first half.

The pick of the bunch was produced by England and Lions winger Jack Nowell – who made his first start since January. The Cornishmen underlined his immense power and technique to acrobatically dive down in the corner despite three defenders trying to stop him.

Look at that effort from Jack Nowell 😤

On his first game back since January, he secures the @ExeterChiefs bonus point in style!

38-0 at half-time? The league leaders are not messing about today... pic.twitter.com/Fn7ftkE49T

However, it was Chiefs’ Jonny Hill who stole the headlines. The 26 year-old became the first lock to score a hat-trick of tries in the Premiership for 17 years - and he achieved it before half time.

Sam Simmonds was the other name on the scoresheet, he touched down twice, as Exeter dominated inside an action-packed opening 40 minutes.

Chiefs convincingly led 38-0 at the break.

The former Premiership champions didn’t take their foot off the gas after the interval. Just 30 seconds into the second half, they scored a seventh. Alex Cuthbert burst through Worcester’s fragile defence before off-loading to Scotland captain Stuart Hogg, who dotted down under the posts.

Jaquez Vermeulen scored Exeter’s eighth try of the afternoon before Sam Simmonds joined Hill’s hat-trick club on the hour mark. The England international powered his way over the line following a tap and go five metres out.

It took a while, 70 minutes in fact, but Worcester eventually scored their first points of the contest. Ashley Beck scored a try on the wing - and the conversion was a good one. But the late score meant nothing.

The emphatic win lifts Exeter 14 points clear at the top of the Gallagher Premiership. They continue their Premiership campaign with an away trip to Northampton on Friday night. Kick-off is quatre to eight.