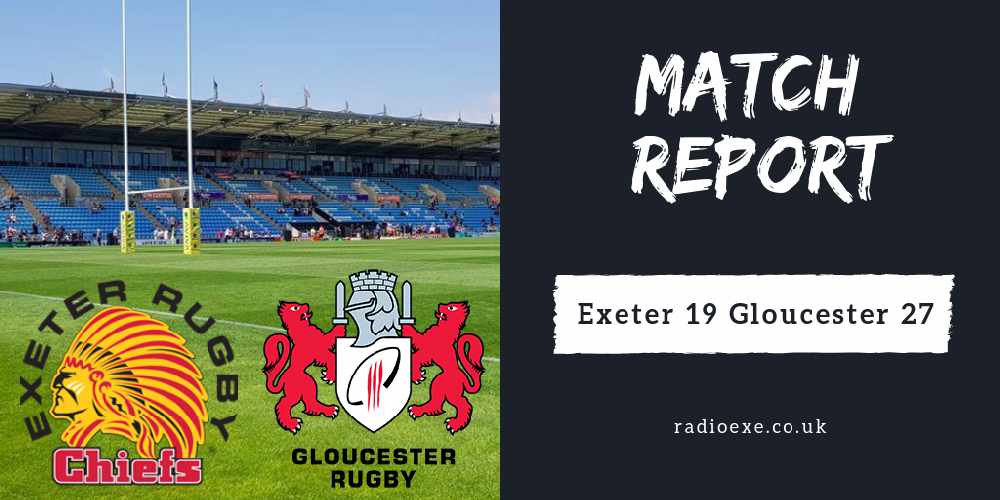 The end of Exeter's European journey?

Not often do you see teams coming to Sandy Park and coming away with a win - but that's what Gloucester did this afternoon.

Having played three games in the Heineken Cup, losing two and drawing one, Exeter sit bottom of Pool Two – and it looks unlikely they’ll progress further in the competition.

Some fans were feeling quietly confident, last time Gloucester came to Sandy Park, the Chiefs came out triumphant. But playing in a different competition, Rob Baxter's side couldn't duplicate their impressive performance against the Cherry and Whites.

Exeter, who welcomed back a number of international players to their starting line-up,  started brightly and scored a try within 6 minutes.

A strong counter ruck inside their own half won them the turnover, 30 seconds later, the hosts launched a lethal, clinical attack which resulted in the first score of the game. Santiago Coredeo used a combination of electric pace and rapid movement to glide past a number of tackles carrying the ball forward 10 meters. Henry Slade, one of the players returning from international duty, picked out Don Armad who powered his way over the line. Gareth Steenson couldn’t add the extras.

What a try from @ExeterChiefs!

A great way to start the day's action 🙌 pic.twitter.com/QP0pRlNbUK

The 2017 Premiership champions were playing with confidence as they continued to attack the visitors’ defence. However, following mounted pressure on Gloucester’s 22, the chiefs lost possession through a grubber kick. Thorley picked up the loose ball and ran half the length of the pitch before releasing to Heinz who scored under the posts.

It was a fairly even contest in the opening 40 minutes. But the away side felt victorious in the first-half as Danni Cipriani kicked a late three points making it 5-10 at half-time.

Rob Baxter’s men couldn’t have wished for a better start to the second half. Nic White produced a moment of individual excellence to score Exeter’s second try of the game. The Australian skipped past a number of tackles before sliding his way over the line. Steenson with the extras.

Things went from bad to worse. As the clock ticked down, hopes of progressing further in the European competition were slowly slipping away as the visitors scored another converted try.

With two minutes left on the clock, Exeter reduced the deficit with a Tom Lawday try. But the chiefs couldn’t stage a comebac as it finished 19-27.