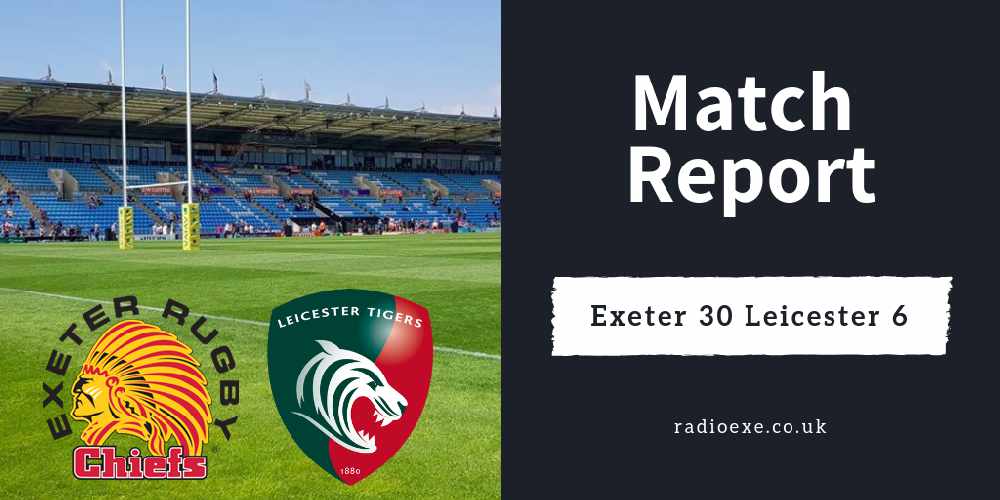 Infront of a sold out Sandy Park, the champions of English rugby impressed once again to overcome Leicester thanks to a second half masterclass. The bonus point win ensures the Chiefs head into the new year with a ten point lead in the Aviva Premiership.

Rob Baxter, Director Of Rugby at Exeter Chiefs, praised his players due to a terrific second half display:

"I think we got a little frustrated in the first half," he said.

"Not getting the ball over the line and not scoring points made us a little bit messy. There were a few mistakes that broke up our attacks. We controlled territory through the whole first half, but we didn't control possession.

"But fair play to the players, all we did was keep things simple and ram them with maximum intensity. I have to give the boys credit for everything they took on at half time and the way they wanted to play in the second half. We survived the two crucial moments when Leicester attacked our line both resulting in turnovers. After we weathered those two moments and got our first try, we look looked like a side that wanted to win the game. And that was based on our kick chase and repeat sets of line speed defence. Then, we kept capitalising when we had the ball.

"A good side isn't going to fall over in  front of you, we had to break them down and create moments for ourselves."

The only downside to another emphatic win at Sandy Park was when Luke Cowan Dicke, Exeter Chiefs Hooker, limped of the pitch with an injury. Baxter doesn't know the full extent of the injury at this moment in time, but hopes it's noting major.

"Luke had a bang on his hip, it slowly seized up in a matter of minutes and he couldn't run well enough to continue the game. We're hoping its a minor injury but can't say anything at this stage."

The bonus point win ensured the Chiefs head into 2018 with a ten point lead in the Aviva Premiership. Up next, they travel to Newcastle Falcons on the 7th January.