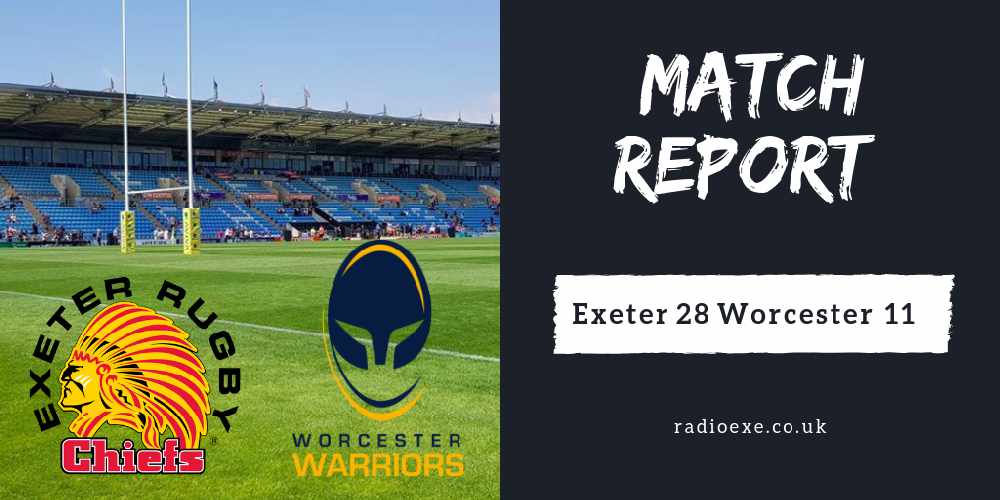 The win, Exeter's 5th this season, keeps them second in the Gallagher Premiership. Rob Baxter's side are currently one point behind Saracens who also secured another bonus point win today.

Exeter Chiefs and England trio Henry Slade, Don Armand and Luke Cowan-Dickie were rested this afternoon as Rob Baxter’s side made 8 changes to the side that beat Newcastle.

Worcester, who beat the Chiefs 6-5 in the same fixture last season, started brightly and immediately put the hosts under early pressure. Possession was swinging both ways early on, but it was the visitors who drew first blood. Chiefs gave away their second penalty inside 10 minutes, Worcester opted to kick at goal, and it was successful. They led 3-0.

It was an evenly contested opening 25 minutes, but Exeter dominated the final 15. The hosts rapidly went through the gears and responded with three quick tries. Jack Yeandle was at the back of a trademark driving maul, which made a 15 metre march, to score the first. Dave Ewers powered his way over the line on two separate occasions to add the second and third try of the encounter. All converted by Steenson to give Exeter a 21-3 lead at half-time.

The visitors came out fighting in the second half. Just like they did in the first, Worcester started on top. After 20 phases of mounted pressure on Exeter’s 5 meter line, Worcester finally exploited a gap in Exeter’s defence to score their first try of the game.

Chiefs have set the bar so high this season, fans inside Sandy Park expect a bonus point try every game. However, after 35 minutes without scoring, it was looking unlikely. But when Exeter slowly worked their way into Worcester's 10 meter line with real promise, the odds changed.  England international Harry Williams touched down following a 5 meter scrum. Club legend Gareth Steenson secure the extras, which turned out to be his 2,000th league point scored for the club.