Exeter Chiefs' highly rated forward Jacques Vermeulen, who featured in the European Champions Cup and Premiership final, has recovered from a shoulder injury he sustained in November last year.

The South African powerhouse played an instrumental role in helping Exeter secure the famous double last season. Since joining the Devon club in 2019, the 26-year-old has scored nine tries in 26 appearances, quickly becoming a fans favourite.

And for the first time this season, Chiefs' director of rugby Rob Baxter has named Vermeulen in his starting lineup for tomorrow evening's clash against promotion chasers Sale Sharks.

Speaking to Radio Exe, Vermeulen told us he can't wait to get back out onto the pitch, "I'm really tired of sitting at home on weekends," he said.

"I miss playing rugby - and obviously we can't even come and watch the games. I'm burning to play, so soon, hopefully, I'll get my opportunity again. 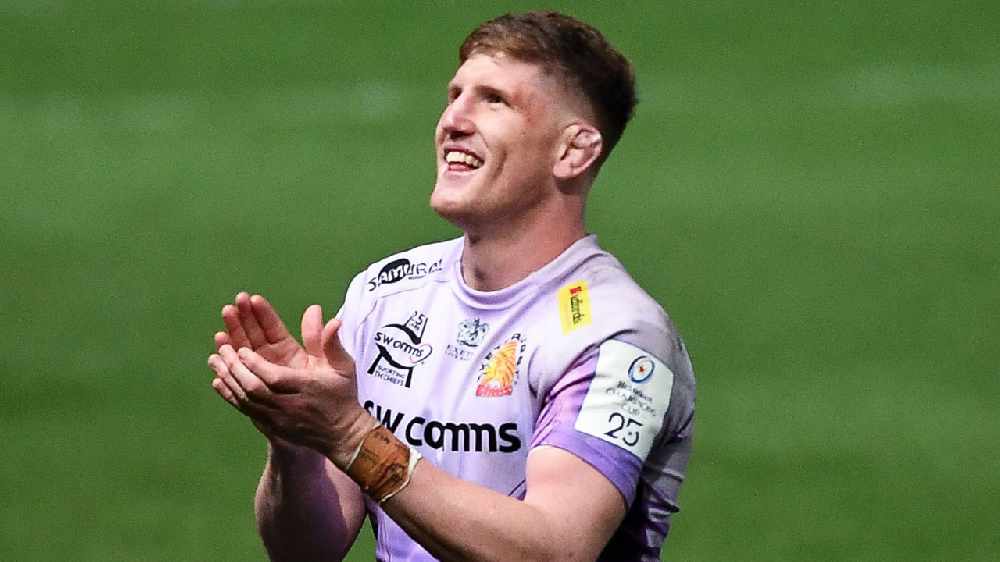 Jacques Vermeulen in action during the Champions Cup final

"But since I've been injured the team has really impressed me. Especially with all the international gone, and a few injuries, I think we've done really well. There's so many teams at the moment challenging for top four, so we have to be at our best every game."

Vermeulen is one of a handful of Chiefs players on the road to recovery - his teammate Jack Nowell is also on the verge of full fitness. He says Nowell, who's got 23 caps for England, has been a good motivation in the gym.

"We have our little rehab group, all the boys support each other. We're always in the gym, getting good vibes, with good music on.

"Jack (Nowell) is a very good inspiration in the gym, I'm not much of a big 'gymer' but Jack has been motivating us - and the younger boys - that are in rehab. It's been a good few months."

The South African will be looking to mark his highly anticipated return with an important win - a victory against Sharks, who are currently fifth in the table, would lift Exeter above west county rivals Bristol Bears and back to the summit of the Premiership.