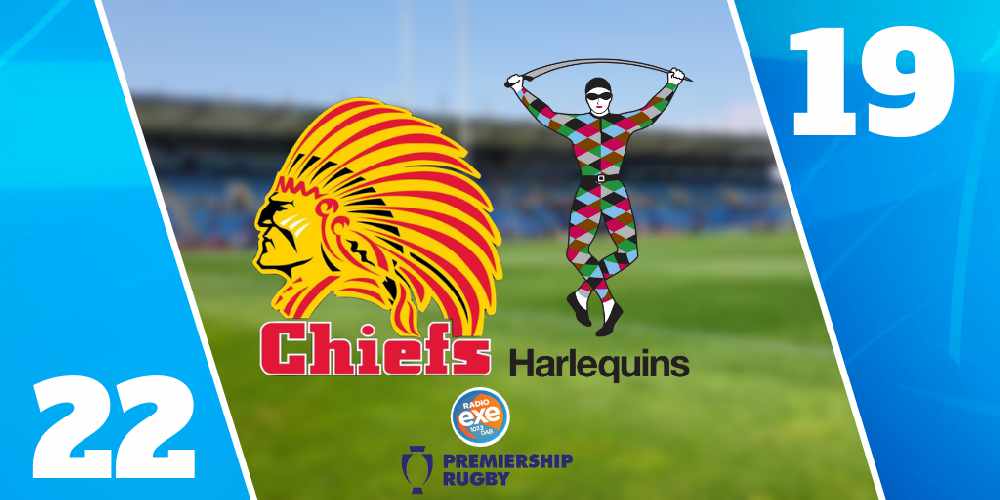 Exeter Chiefs, now in their 10th season playing in the topflight of English rugby, had four games to prepare for their opening Gallagher Premiership fixture against Harlequins.

It proved to be a gruelling, hard fought contest. But one try from Jonny Hill and 17 points with the boot from Joe Simmonds was enough to secure the win.
----------

Exeter director of rugby Rob Baxter made one change to the side that beat Bristol Bears in the Premiership Rugby Cup last weekend. The injured Dave Ewers was replaced by summer signing Jannes Kirsten – who made his first-ever Gallagher Premiership start.

Harlequins enjoyed long periods of possession inside the opening 10 minutes and deservedly took the lead.

Moments after being denied a try by the TMO (television match official), the Londoners kicked an easy three points - Joe Simmonds conceded a penalty having knocked the ball forwards directly under his posts, Harlequins’ Marcus Smith capitalised with the boot.

Exeter’s young fly-half redeemed himself, however, levelling the score with a well taken penalty kick of his own.

But Harlequins responded strongly and launched yet another promising attack deep inside Exeter’s half. Failing to clear their lines, Exeter conceded another penalty five metres out – Marta Landajon took it quickly to set free Gabriel Ibitoye. The winger caught Chiefs sleeping and touched down in the corner. Smith missed the extras.

It was a far from convincing first-half display for the Chiefs, but Jonny Hill scrambled his way over the line to draw level once more. Simmonds kicked the extras giving his side the lead for the first time.

Both sides exchanged penalties with five minutes to play before the break as Exeter narrowly led Harlequins 13-11.

The second half turned into a kicking contest. Simmonds kicked a further nine points and Smith slotted three - making it 22-14 with less than 15 minutes to play.

The 11,000 fans inside Sandy Park were put through a nervy ending – with Harlequins scoring a late converted try following a brilliant break from the speedy Alex Dombrant.

However, despite the late pressure, the 2017 Champions dug deep to hold onto the win. It finished: Exeter 22 Harlequins 19. Up next, Exeter travel to Bath on Friday night.