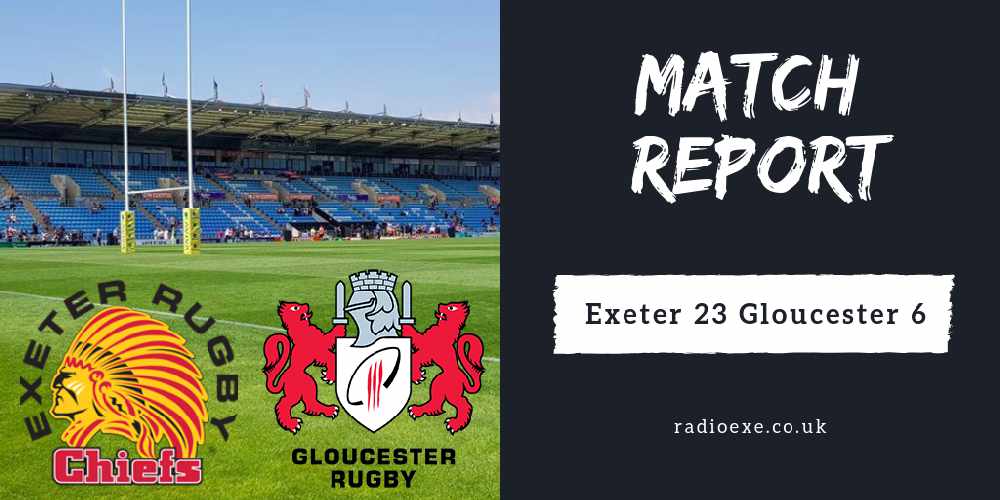 Exeter Chiefs, unaccompanied by eight players on international duty, made it eight wins from eight games in the Premiership this afternoon with a hard fought victory against Gloucester.

Two tries and three penalties were enough to see off an inform Gloucester side under the floodlights at Sandy Park. Exeter remain top of the table, four points ahead of Saracens who play Leicester tomorrow.

Third place Gloucester, who are undoubtedly on an upward curve having won their last three Premiership games, started well and immediately put the home side under pressure with two successful penalties inside 10 minutes.

The visitors enjoyed dominating possession in the early stage of the opening half. With their tales up, they had the chance to extend their lead with another penalty kick, but on his third attempt, England international Danny Cipriani missed the target from a difficult angle.

It was a slow start from the Premiership leaders. It took them a long waited 20 minutes to create their first promising attack in the oppositions 22 – which resulted in three points thanks to a Steenson penalty.

With the momentum now swinging In favour of the Chiefs, Steenson and Coredeo produced a moment of excellence to claw the hosts back into the game. A pinpoint cross field kick from the fly-half found the safe hands of his Argentinian teammate, who used electric pace to carve open Gloucester’s defence. Moments before getting tackled, he released the ball to Nic White who scored under the posts. Steenson added the extras taking the score to 10-6 at the break.

It might have been a slow start in the first-half for Exeter, but the second was rapid.

Some spectators were still finding their seats when the Chiefs scored another try. Cuthbert pounced on a loose pass from Gloucester to run 80 meters and score under the posts.

Moments later, having won a penalty 48 meters out, Steenson opted for the posts and slotted away another three points making it 20-6. The Irishman kicked his third penalty late on to seal the victory. At full-time, it finished Exeter Chiefs 23 Gloucester 6.