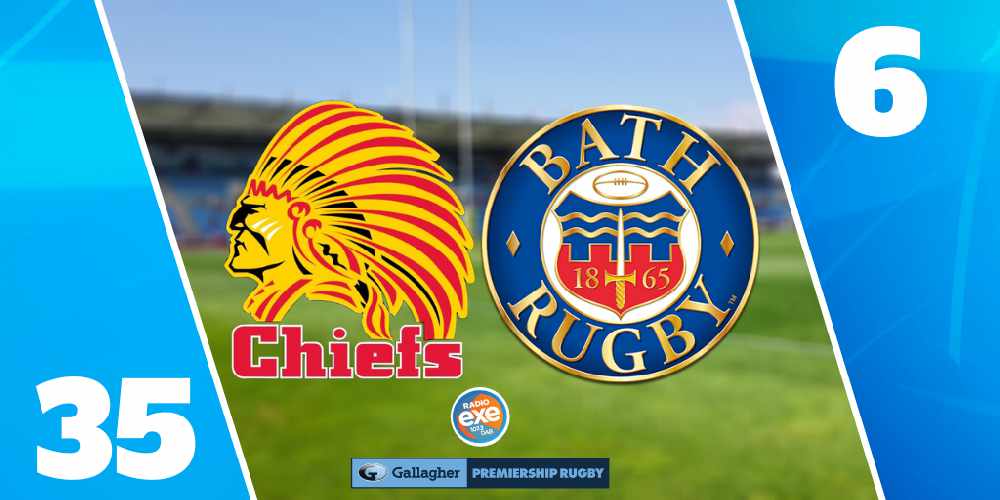 Chiefs will face Wasps at Twickenham on October 24

Exeter Chiefs will face Wasps in their fifth consecutive Premiership final later this month after beating Bath 35-6 in today’s semi-final at Sandy Park.

The last time Exeter and Wasps met in a Premiership final was 2017 – and Exeter came out on top to win their first-ever major trophy.

The Chiefs are hot favourites to reclaim the title, especially now Saracens - who unfairly beat Exeter in the last two showdowns at Twickenham – are out of the picture following their salary cap scandal.

With a Champions Cup final against Racing 92 next weekend as well, the runaway Premiership leaders will back themselves to accomplish a domestic and European double for the first time in the club’s history.

Today’s semi-final was a lot tougher than many expected it to be. Bath came out fighting and frustrated Exeter for much of the opening half.

The visitors dominated territory and possession early on - but they struggled to unlock a solid Chiefs defence.

Having started on the back foot, it was Exeter who took the lead. Jonny Hill powered over the line from close range, thanks to a superb break from Jack Maunder in the build-up. Joe Simmonds slotted the conversion.

Bath responded with two penalty kicks – but another close rang try, this time scored by Luke-Cowan-Dickie, gave the Chiefs some breathing space.

In a nervy ending to the first half for the hosts, try scorer Hill received a yellow card for a high tackle during a Chiefs clear out. With the man advantage, Bath launched wave after wave of attacks, but Exeter’s sensational defence stood tall to keep them out. Exeter led 14-6 at the break.

As they so often do, Exeter turned up the heat and started to run away with it in the second half.

It took just five minutes for Exeter to extend their lead after the break – Scotland captain Stuart Hogg bagged his first Premiership semi-final try for the club. The score was created with a fine break and off-load from Joe Simmonds, who put the ball on a plate for Hogg to dot down in the corner. From a tight angle, Simmonds added the extras.

Jonny Hill scored his second try of the afternoon from close range before Ollie Devoto touched down in front of the posts to take the game well out of Bath’s reach.

Making his final appearance at Sandy Park, club legend Gareth Steenson came off the bench for the final 10 minutes. Exeter’s all-time points scorer is retiring at the end of the season – and he’ll end on a high with a European and domestic final. It finished: Exeter 35 Bath 6

Exeter will face Wasps in the final at Twickenham on October 24.