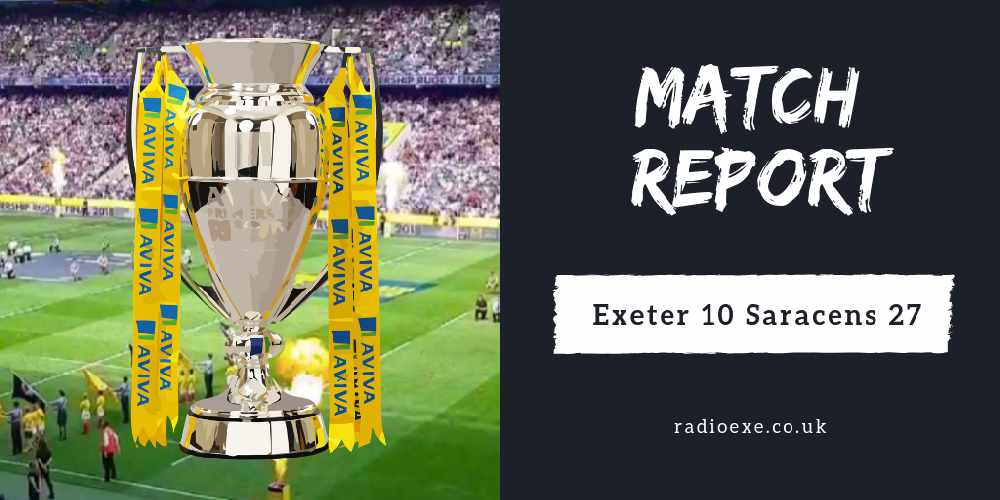 Gareth Steenson came of the bench to score Exeter’s first try – he converted it too. Joe Simmonds also kicked an early penalty for the Chiefs. But four Saracens tries secured them the 2018 Premiership title.

Exeter, who have reached their third successive Premiership final at Twickenham, didn’t make any changes to the squad that beat Newcastle Falcons in the semi-final last weekend.

Rob Baxter, Exeter Chiefs director of rugby, told the media in his press conference last week that Exeter couldn't afford going behind early on – so young Fly-Half Joe Simmonds made sure that didn’t happen. Kicking into the strong wind, the 21 year-old secured three early points following ten minutes of mounted pressure on Saracens defence. Simmonds had another opportunity to double his lead, but his second penalty attempt got caught up in the wind and feel short.

However, In a blink of an eye Sarries scored two tries in rapid succession. The first from England International Billy Vunipola and the second from Chirr Wyles to put them in the driving seat. They led 12-3. And things got even worse for Exeter, they lost their captain Don Armand through injury – Thomas Waldrom was the replacement. It finished half-time Exeter 3 Saracens 12.

Within the first 10 minutes of the second-half, Exeter’s hope of defending the Premiership trophy was looking slim. Saracens scored their third try of the encounter. They worked the ball out wide to score in the corner.

Finally, with 20 minutes to play, Exeter built some strong momentum. Club legend Gareth Steenson came off the bench to score Exeter’s first ty – he converted it too. The Tomahawk Chop resonated around the stadium as the Chiefs searched for a second, but to the annoyance of the Chiefs, they couldn’t find it. Saracens scored a fourth to deny Exeter's back to back Premiership Title.