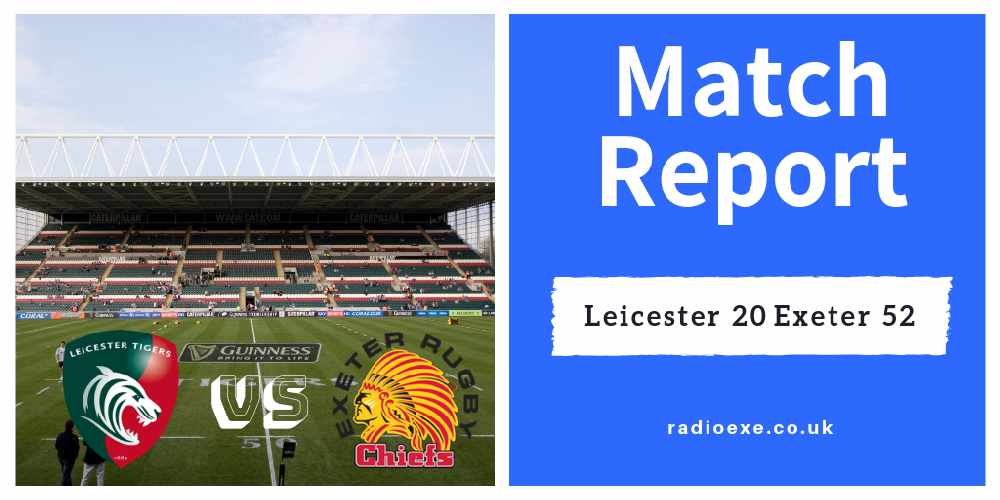 The 26 year-old centre marked the momentous occasion with a stunning try as Exeter Chiefs secured their home semi-final with a pulsating bonus point win against Leicester Tigers.

Slade scored one of 7 tries against the relegation fighters as Rob Baxter's men continue their dominance in the Gallagher Premiership this season.

The visitors dominated the early stages of the first-half and secured the bonus point within 30 minutes. Matt Kevesic, Jack Yeandle, Olly Woodburn and Slade with the scores. Chiefs' fly-half Joe Simmonds, who was awarded man of the match last time out, showcased his flawless kicking abilities with four conversions from tight angles.

This isn't new information, but still.

Another excellent Exeter try, this one finished by Ollie Devoto 👌 pic.twitter.com/Ap8CniKxU3

However, the Tigers fought back and took full advantage of a Jack Nowell yellow card. Playing with the extra man, Tom Youngs touched down on the stroke of half-time as it finished Leicester 20 Exeter 28

The contest was all but over 20 minutes into the second half as Exeter maintained their supremacy. Ollie Devoto, Santiago Caordero and Jack Nowell scored three more tries - all converted by Simmonds. Any hopes of a comeback for Leicester were slashed when Tom Youngs received a red card for an illegal clear out.

Report and Reaction to follow#LEIvEXE