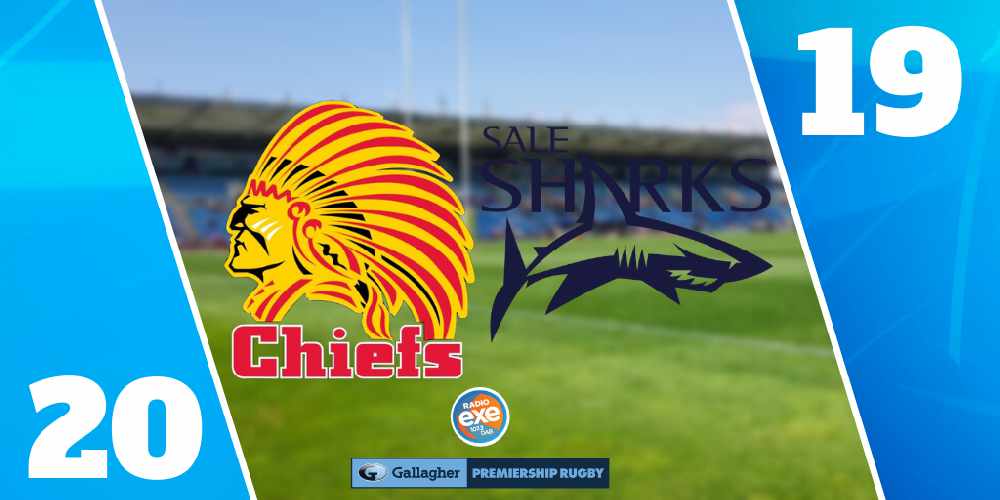 Devon’s finest trailed by 16 points with little more than 20 minutes to play, but tries from Luke Cowan-Dickie and Stuart Townsend – and a penalty kick from Joe Simmonds – was enough to steal the win.

Rob Baxter’s side, who are now on a seven-game winning streak, only needed one point against an in-form Sharks outfit to secure the home advantage. They got four.

The two sides will meet again at Sandy Park next Saturday in the knock-out stages, the winner will face Bristol or Harlequins in the final at Twickenham.

Under the Devon sunshine, it was the visitors who struck first inside just two minutes. A superb cross field kick from AJ MacGinty set up the attack, which ended with a try in the corner.

Exeter captain Joe Simmonds responded with three points from the tee, but MacGinty showed his class once more to extend Sale’s lead. The number 10 beat two defenders to touch down under the posts.

Unfortunately for the Chiefs, their chances of a first half comeback were considerably reduced when Dave Ewers received a yellow card for a high tackle. Unable to reduce the deficit with a man down, they trailed 3-14 at the break.

Another sensational start for the visitors saw them bag their third try of the contest within four minutes of the restart. MacGinty chipped the ball through Exeter’s defence for Arron Reefed, who touched down in the corner.

AJ MacGinty with a gorgeous grubber 🤩@SaleSharksRugby are doing all they can to get that home semi-final! 💪 #GallagherPrem pic.twitter.com/hg4wcHVJUj

Things suddenly went from bad to worse for Exeter when another high tackle, this time by Sam Skinner, resulted in a red card.

However, despite being a man down, Exeter scored two tries in quick succession. Luke Cowan-Dickie crashed over for the first and Stu Townsend dotted down the second, Simmonds converted both.

With ten minutes to play, captain Simmonds stepped up and kicked three more points to give Exeter the lead for the first time in the contest.

A remarkable comeback from Exeter ensures a home semi-final next week. It ended: Exeter 20 Sale 19.