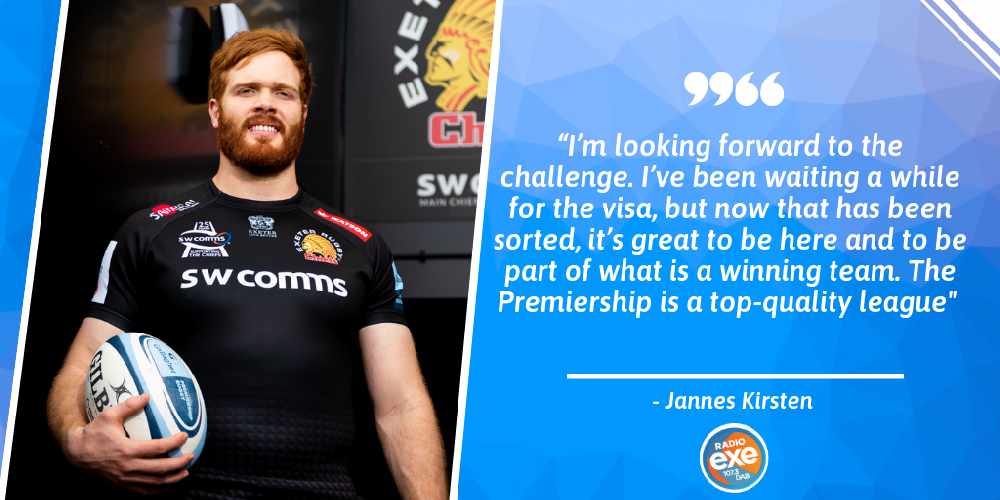 Kirsten, who can play at lock or in the back-row, is Rob Baxter’s sixth signing of the summer.

Having been with the Bulls since 2012, this will be Kirsten’s first taste of rugby at another club, but he insists the challenge of testing himself against the elite clubs in England and Europe is one that he is keen to take on.

“I’m looking forward to the challenge,” said Kirsten. “I’ve been waiting a while for the visa, but now that has been sorted, it’s great to be here and to be part of what is a winning team.”

The Premiership is a top-quality league and there are some great sides over here,” he added. “If you ask any South African player, they want to come here and have a taste of the Premiership. They want to see how they go because it’s a great challenge, but one which ultimately makes you improve as a player.”

Kirsten is not the first African star to head to the Chiefs, others like Don Armand and Wilhelm van der Sluys have trod a similar path previously, and he hopes he can enjoy similar success to those players.

“I know Don Armand has been here a while, came from the Stormers and has played a few Test matches for England,” he said. “Others, though, have made their names here and as I said earlier, there are lots of South African players who have come to England and made a contribution.”