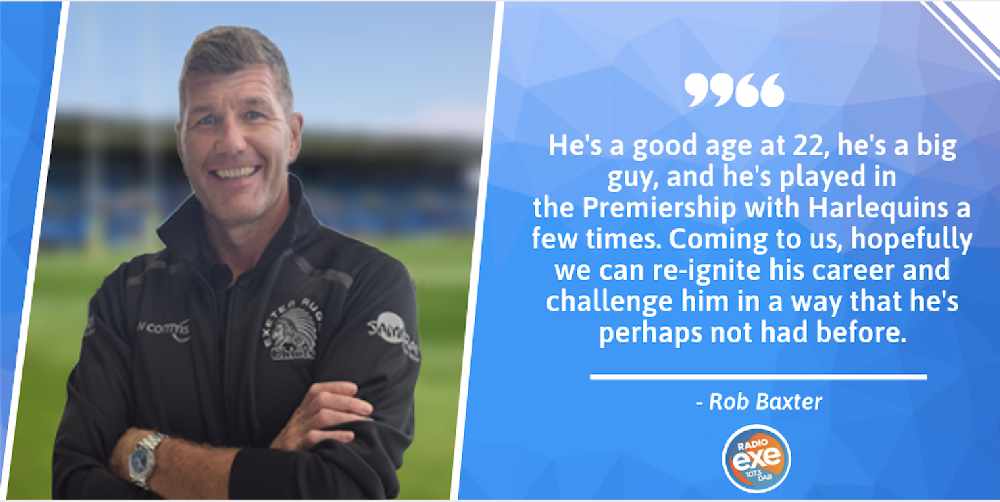 South, who can play either at lock or in the back-row, is Rob Baxter’s fourth capture of the close season, joining the likes of Stuart Hogg, Tom Price and Will Witty in making the move to Sandy Park.

The 22-year-old was due to join Championship outfit Coventry this season on a two-year deal following his release from Harlequins, but following injuries at the end of last season to both Price and Witty, the Chiefs have themselves swooped to recruit the Southampton-born player on a one-year deal ahead of the new campaign.

Director of Rugby Rob Baxter said: “Sadly, both Tom and Will picked up significant injuries at the end of last season which mean they are not going to be available for the start of the season. That’s meant we have been left a little bit short in the lock department, so we’ve had to look at various options, one of which has led us to Stan.

“Looking at him, he’s a good age at 22, he’s a big guy, he’s played in the Premiership with Quins’ a few times, plus we feel there is still a bit of development in his all-round game that we can work with. Coming to us, hopefully we can re-ignite his career and challenge him in a way that he’s perhaps not had before.”

“I’m really looking forward to it,” added South. “It’s going to be great joining a top club, who have for a number of seasons now have been in and around the top of the Premiership. Looking from the outside you can see they have a strong unit down there and having played against them a few times, I know how tough a side they are to face.

“For me it’s a new start, a new challenge, but it’s one that I can’t wait to get stuck into."

On Air Now Ashley Jeary Playing When The Going Gets Tough, The Tough Get Going Billy Ocean
On Air