Exeter Chiefs snatch victory at the death in cup semi-final 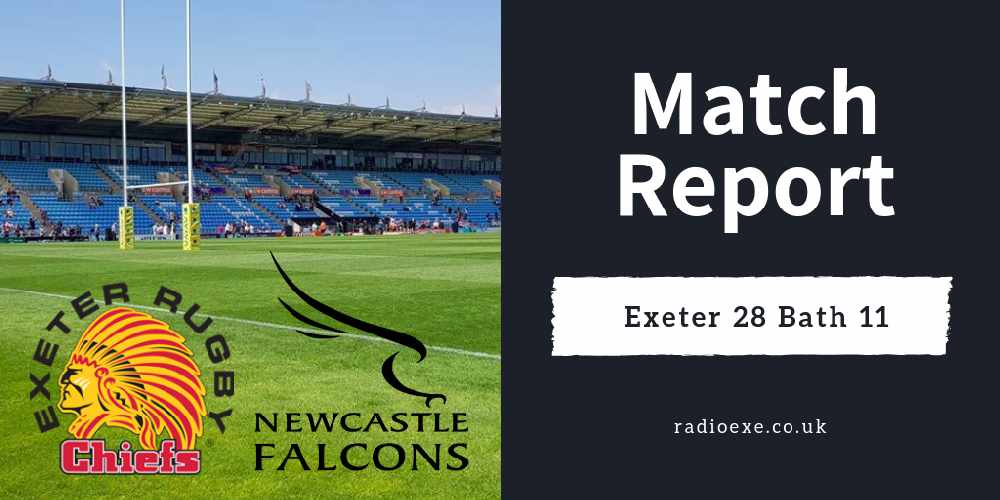 Simmonds, who started his first Premiership game against Saracens last weekend, was the only Chiefs player to retain his place from Exeter’s 24-21 victory against Sarries. Meanwhile, Dave Dennis featured in Exeter’s back-row for the first time in over five months.

The Falcons on the other hand, travelled to Sandy Park with a strong starting line-up, former England fly-half Toby Flood and Tonga international Sonatane Takula amongst them. They're just four points off second place in the Premiership, and Exeter’s skills coach Ricky Pellow recognises the in-form team when he said before the game that the Chiefs "will have to be on our money to get a result.”

Coredo, who recently signed for Exeter, emphasised his attacking abilities with a superb piece of individual excellence early on. Showing scintillating pace, good composure and footwork the Argentina international ran 20 metres before passing the ball to Stu Towsned who scored under the posts. Simmonds with the extras.

Newcastle reduced the deficit through a Toby Flood penalty before taking the lead with two converted tries – courtesy of Exeter losing four successive line-outs with ball in hand. Suddenly, the Chiefs had a mountain to climb.

It was imperative Exeter scored the first points in the last 40 minutes. And they did. Following mounted pressure on Newcastle’s defence, Chiefs worked the ball out wide to Simmonds who scored under the posts. Extras added. Simmonds held his nerve to kick two crucially important penalties over the posts to give his side a narrow three-point lead with just two minutes remaining.  Toby Flood also kicked a penalty in the dying embers of the game which landed agoningnsly short.