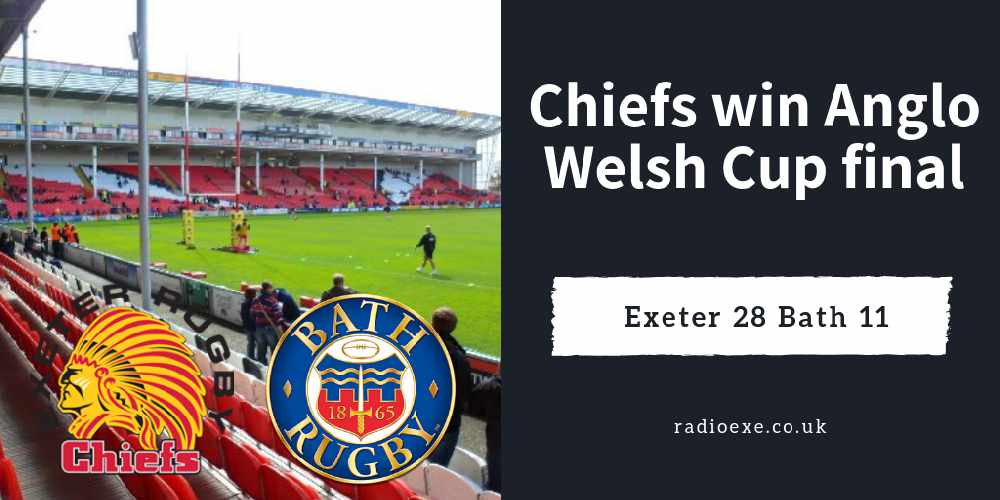 The first silverware of the season goes to Exeter

Exeter made two changes to the starting line-up that were due to play on the original date for the game, which was postponed due to heavy snow. Joe Simmonds replaces club legend Gareth Steenson at fly-half and Stu Townsend starts at scrum-half instead of Will Chudley.

The Chiefs, who made the 115-mile journey to Gloucester today (30th March), were contesting their fourth successive Anglo-Welsh final, with Kai Horstmann skippering the side on his 100th appearance.

Exeter came out the blocks rapidly, and within two minutes, they took the lead. Jack Innard scored from a powerful lineout which Simmonds converted. The fly-half then kicked two successive penalties to give a rampant Exeter side a 13 point lead.

Bath slowly recovered from their slow start as the game progressed. They reduced the deficit with a try of their own and penalty kick. All of a sudden, the game could go either way.

And it nearly went in in Baths favour. Stu Townsend was given a life-line after surviving a red card appeal for a high boot. The referee took a long time looking at the TMO (Television Match Official). No card awarded.

Chiefs then took their game to another level. Toby Salmon powered his way over the line for another score, Simmonds with the extras. The fly-half, who was opted instead of Gareth Steenson for the final, clinically kicked successive penalties to give his side a deserved 25-8 lead into half-time.

Unlike the high scoring opening 40 minutes, points were hard to come by in the second half. With Bath on the attack, the champions stood strong, and looked comfortable in defence. An exchange of penalties kept the score difference to 17 points.