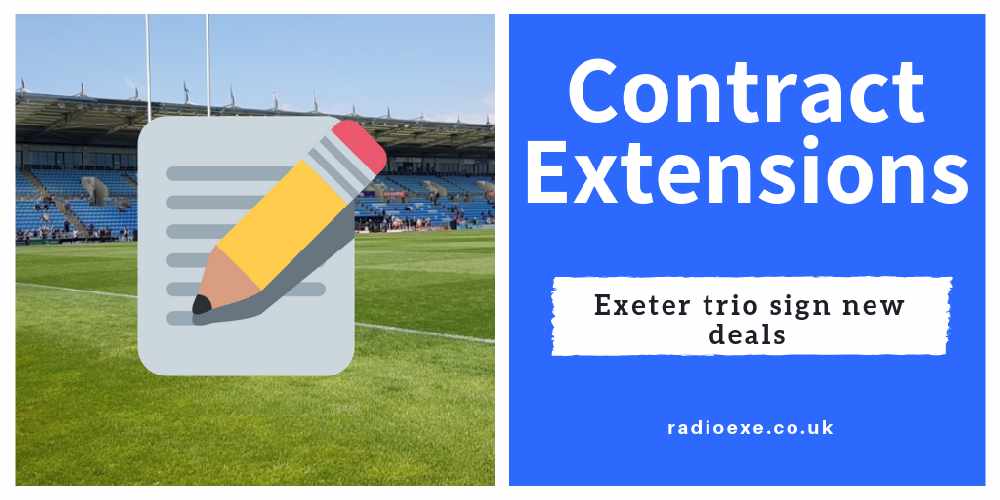 Forwards Alec Hepburn, 25, and Jonny Hill, 24, are the latest to put pen to paper, both agreeing terms on two-year contract extensions that will keep them at Sandy Park until at least the summer of 2021.

They follow in the footsteps of England quartet Jack Nowell, Henry Slade, Luke Cowan-Dickie and Ollie Devoto, together with Olly Woodburn, in extending their stay by a further two years, while Phil Dollman has signed up for an extra season.

Hepburn has already won six caps for England, while Hill was included in the England tour party to South Africa last summer but did not make a Test appearance.

Exeter Chiefs director of rugby Rob Baxter said: “The key thing about those two guys is they are becoming integral members of what we like to think is a very competitive pack of forwards, both in the Premiership and in Europe. “They are both young, which is fantastic, they are either international quality, or close to international quality with Jonny, and we see them both improving and developing.

“Jonny, with the last 12-week block when he was out with his finger injury, has been fantastic with his physical development, and that is still improving, and Alec is gaining international experience, and the experience he is getting from playing in numerous Heineken Cup campaigns and Premiership games, and to watch them and listen to them talk, to hear the vibrancy of them wanting to get on the field, and take part in big games, is just fantastic.

“Those are the kind of young players we want to have here - guys who are massively enthusiastic to play in big games and to keep improving themselves.”