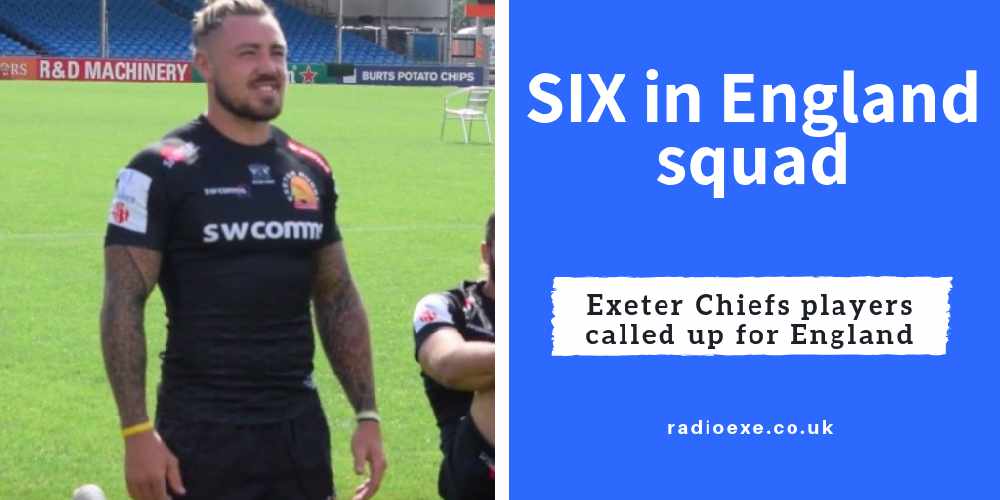 Jack Nowell is included despite just coming back from injury

England travel to Dublin on 2 February for their opening Six Nations match against Ireland.

The players will travel to Portugal next week to begin their preparations.

England head coach Jones says: “We are very happy with the squad and have a number of players who have come back from long-term injury. We are looking forward to getting across to Portugal and having a good ten-day preparation for the Ireland game.

"The first thing when we get together as a squad is to get our cohesion back. The players have been playing for their clubs with different styles and different playing philosophies, so it’s about getting them thinking about playing the England way. The second thing is to get our togetherness stronger to work as hard as we can to make sure we are well connected on and off the field so Portugal is an important camp for us.”

On England’s first opponents in the tournament, he addd: “Ireland is the best side in the world. They are a very well coached and drilled side and have particular things they do well in the game. To beat Ireland, we need to compete brutally in all the contest areas of the game.”

BREAKING | Your England squad for the 2019 #GuinnessSixNations 🌹