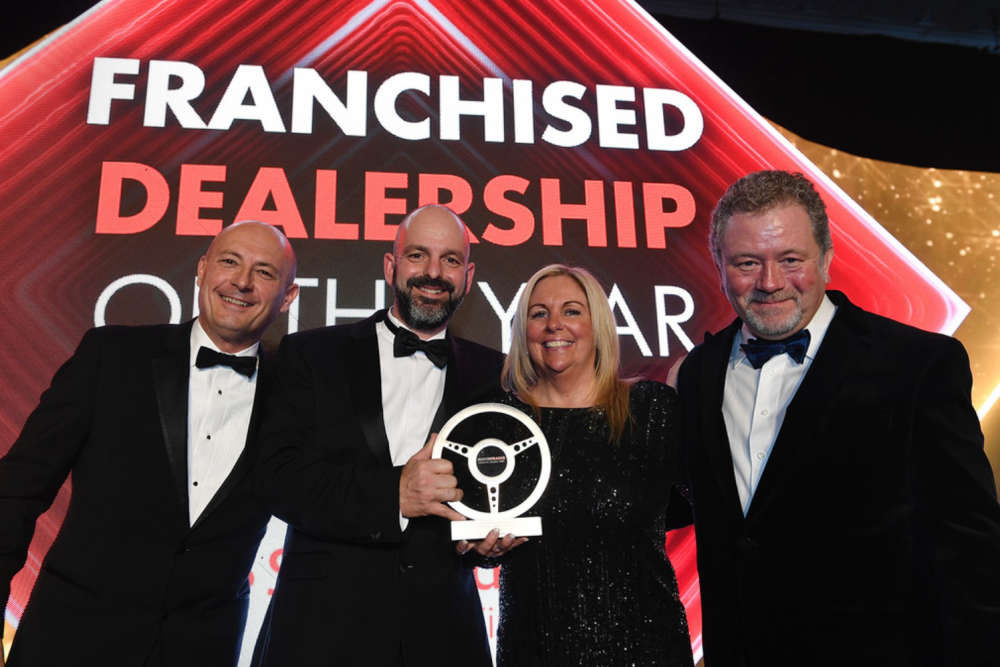 The annual awards which were held on Tuesday 30th November at London's famous Grosvenor House Hotel on Park Lane saw the industries finest come together for the prestigious ceremony. The 2021 winners of the Motor Trader Industry Awards were announced at a glamourous awards dinner by the celebrity host Jon Culshaw.

Liverly Dole won the highly respected award for Franchise Dealer of the Year award in a competitive category, where some big players were shortlisted. Joe Chatting Sales Director at Livery Dole also took home the Sales Manager of the Year award, a huge tribute to his 18 years in the motor industry.

Hayden William, Livery Dole’s Managing Director commented: “We are delighted to have won this huge accolade, as a small dealership in Exeter to be recognised for this award is testament to our incredible team who always go above and beyond and I am thrilled for Joe and his award."

The Livery Dole team since winning the awards have been overwhelmed with support and have thanked their team and everyone that’s supported them along their journey so far.