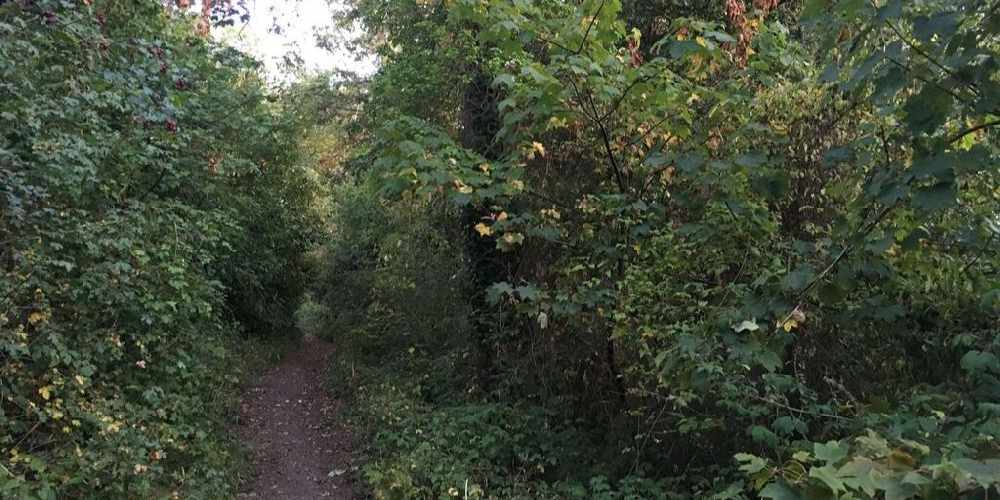 Chapel Woods in Torquay, which has been affected by ash dieback disease

It's because of the incurable ash dieback disease

The landscape across Devon is set to undergo major change as thousands of ash trees die or are felled because of an incurable disease.

In Torbay, people are being warned that more than 1,000 trees will have to be removed from council-owned land because of the widespread fungal infection called ash dieback disease.

The council is being recommended to set aside £200,000 to fell around 500 of those which pose the biggest risk to people, buildings or traffic by March 2021.

Councillors were told the total to be removed could rise as more affected high-risk trees are identified.

A report to the council’s cabinet warned that the disease would “result in the loss of some of our landmark trees and the general removal of the Ash population throughout the Torbay.”

The infection first discovered in Buckinghamshire in 2012 is now widespread across the region.

The UK’s native species is especially vulnerable and Natural Devon says up to 95% of all ash trees are predicted to die as a result over the next 15 years.

Torbay Council’s interim director of place Kevin Mowat warned that because of the effects of the disease, trees would have to be felled when they looked healthy, which was likely to trigger public concern.

He said that as the infection progressed, the trees became unstable and brittle, making them more likely to break or fall, unsafe to climb and more expensive to remove.

Councillors agreed that a communications campaign needed to be run to explain why the trees were being felled.

The disease is expected to decimate the ash population over the next few years as there is no known cure and little natural resistance.

The council funding would be allocated from an insurance reserve fund as the work would be likely to reduce future claims.

More money could be set aside later and the council is lobbying the Government for funding.

The report to the council’s ruling cabinet said the felling would only be carried out on trees on council-owned land, as those on private land were the legal responsibility of the landowner.

The council cannot provide a tree-felling service but will offer guidance to owners.

The report said: “Trees on private land within Torbay are not the responsibility of Torbay Council, but that of the landowner who like Torbay could face significant fines and prosecution if their trees are not kept in a safe condition and cause harm to people, traffic and infrastructure.”

The initial funding is enough to remove an estimated 500 trees, half of the 1,046 already identified.

But the figure could rise as survey work is still being carried out on council-owned woodland where ash trees have not been recorded previously.

Councillors were told one example was at Chapel Woods in Torquay, where ash trees overhang the A3022 Newton Road and homes at the back of the woods.

The report said the best time to fell an infected tree was when the canopy loss was between 15% and 35%.

Beyond that point the tree becomes unstable and unsafe to climb. The cost of felling increases and a wider area needs to be cordoned off.

Work is to be carried out in Torbay to assess individual trees and identify the ones causing the most risk.

The cabinet is recommending to the full council that the funding is allocated to the felling programme, and for a plan to be developed to make up for the loss with replanting.

Council leader Steve Darling said the role of trees in capturing carbon should be recognised in a strategy to respond to climate change.

Torbay is is part of the Devon Ash Dieback Resilience Forum which is supporting a bid by the Devon Wildlife Trust for £690,000 from the Lottery Commission for planting to restore tree cover.