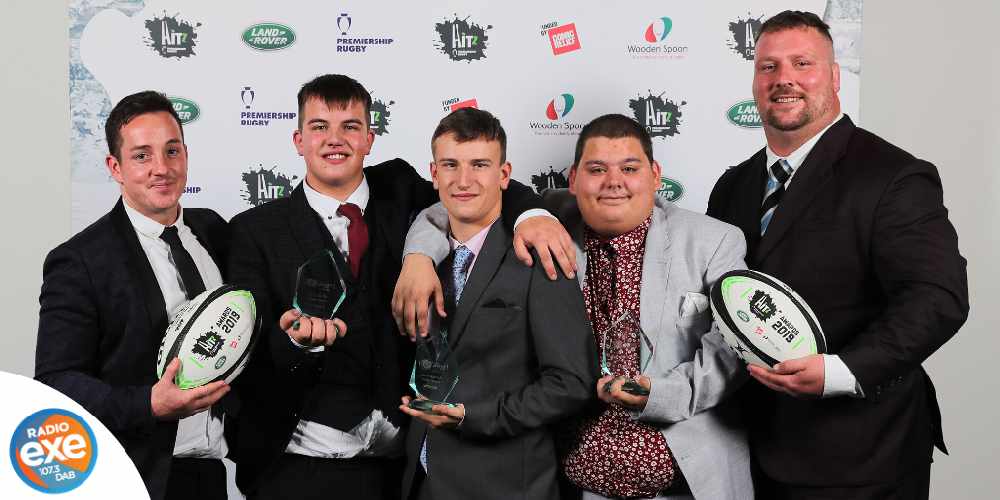 Chiefs pick up three of the four accolades on offer

Exeter Chiefs, the 2019 Premiership finalists, were the toast of the 2019 HITZ Awards - claiming three of the four prizes on offer.

HITZ, run in partnership with official education provider SCL, is Premiership Rugby’s award-winning education and employability programme which, with the help of its funders Land Rover, Wooden Spoon and Comic Relief, works with more than 2,000 14-18 year olds across England every year.

And this evening the hard work put in by countless individuals up and down the country was celebrated at the 2019 HITZ Awards, a glittering London ceremony at the BT Centre that saw the likes of World Cup winner Tamara Taylor in attendance, as well as past and present Gallagher Premiership Rugby stars such as Ugo Monye and Harry Mallinder.

Also in attendance was Exeter Chiefs’ Phil Dollman and he watched on as inspiring youngsters from his club took home three prizes out of four, with the other being won by Northampton Saints duo Douglas Ferguson and Melvyn Hayward.

"It was an incredibly proud evening for Exeter Chiefs and it was fantastic to be a part of it," said Dollman, who was joined at the event by team-mate Alfie Petch, Exeter Chiefs HITZ officer Gareth Williams and Exeter Chiefs tutor Louis Griffiths.

"If I am being honest I didn’t necessarily know the guys and their stories before the night but hearing them talk and go on stage was really inspiring. And the whole evening was special. To hear about the wide-ranging effect Premiership Rugby’s HITZ programme has had on all walks of society is fantastic and it really was an eye-opening evening. I know that HITZ is now in its 11th year and long may it continue – it really is doing some great work."